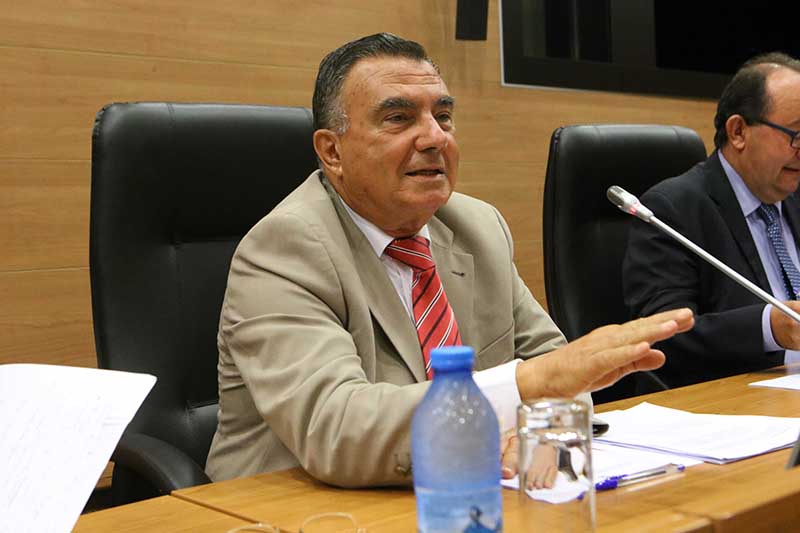 The head of an inquiry into the collapse of the co-op bank accused a newspaper on Wednesday of seeking to cast doubt over his findings by publishing a report suggesting he had a conflict of interest when investigating the case.

Arestis appeared before the House watchdog committee on Wednesday, which is looking into a deal the co-op had made with Altamira asset management company for the administration of around €7.5 billion in bad debts.

The committee said it would be turning over the Arestis case to the attorney-general.

Arestis told MPs the Politis report was simply an indirect attempt to damage his credibility and the findings of the three-member panel, which blamed the government and former executives for the co-op’s demise.

“Unfortunately, on March 21, a newspaper printed a libel, which partly offends me, but more so my son Constantinos, in the hope that they would hurt me with below-the-belt blows, but the target was the findings report,” Arestis said.

The former judge said his son’s lawyer wrote to the paper over the publication of his personal data with Politis saying they got it from Altamira and Kedipes, the company created to manage the co-ops leftover assets.

What was worse, Arestis said, was that Kedipes, which is under investigation, “leaked incomplete documents, it did not give all the documents proving the real situation”.

The picture conveyed by the paper, he said, was completely wrong and misleading and the report contained lies.

“There were also other lies that supposedly a lawsuit was filed against Constantinos over the alleged bad loan. From 2011 to date, no lawsuit has been served,” Arestis said.

His son has also been informed by Kedipes that they had launched a probe to determine whether the documents were leaked from there.

The committee previously heard that the co-op had struck the deal with Altamira without looking at other companies.

In a further twist, Varnavas Kourounas, who had served as the cooperative’s head of division in charge of managing non-performing loans, was later employed by Altamira, accepting the position before the bad debt deal was made.

MPs heard that Kourounas had not taken part in the negotiations to avoid conflict of interest but auditor-general Odysseas Michaelides said the game was fixed.

“They had not concluded but the game was fixed to the point that Altamira felt it was in a position to offer a co-op employee a job and his colleagues knew and didn’t care, and the boss telling him you won’t take part in the negotiations,” Michaelides said.

On the lucrative deal per se, the auditor said Altamira received a fixed €20.4m in administrative fees annually, plus a four per cent commission on the sale of properties – as well as other commissions.

Nationalised in 2013, five years later the co-op agreed to sell its operations to Hellenic Bank after its failure to reduce its stock of non-performing assets practically forced it out of business.