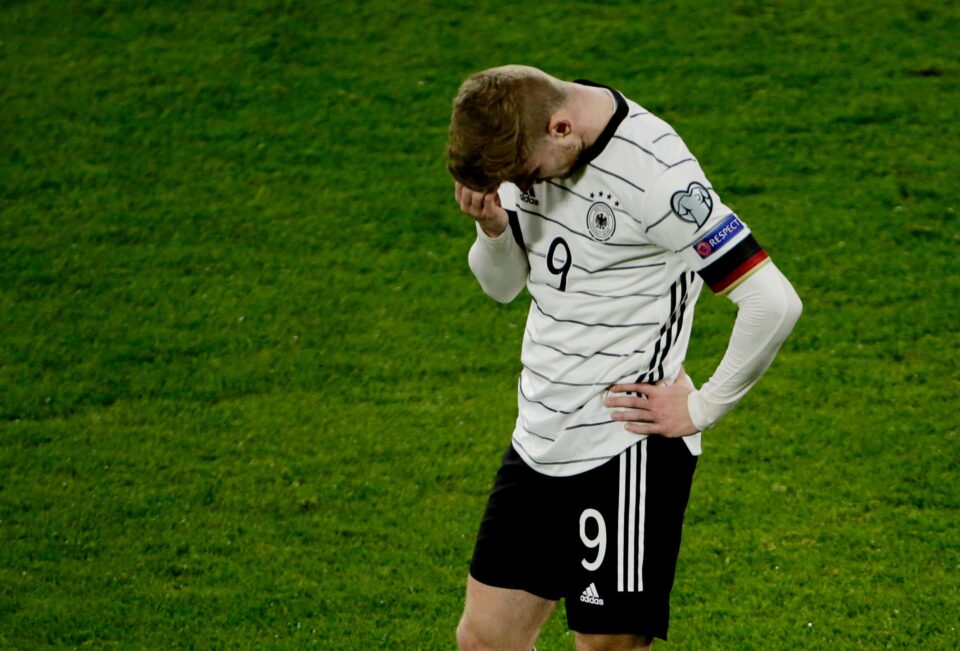 Germany coach Joachim Loew was forced back to the drawing board to find quick fixes ahead of this year’s European Championship after his team’s shock 2-1 home defeat by visitors North Macedonia in their World Cup qualifier on Wednesday.

Loew, who is stepping down after 15 years in charge at the end of the Euro 2020 tournament which starts in June, had imagined his last six months in charge differently.

Instead his team suffered only their third ever World Cup qualifying home loss, and the first since a 5-1 thrashing by England in 2001, after beating Iceland and scraping a win over Romania in their first two group games last week.

The defeat by North Macedonia, ranked 65th in the world, came only months after Germany’s 6-0 thrashing by Spain, and will only pile more pressure on Loew.

Germany are third in Group J and level on six points with second-placed North Macedonia but behind leaders Armenia who have nine points. Only the group winners qualify automatically.

“We will review everything,” said the coach. “We have to keep working. We have to find our consistency.”

That is easier said than done with Germany having only two warm-up matches, against Latvia and Denmark, left before the Euros begin.

Loew’s overhaul after Germany’s 2018 World Cup first round exit and their Nations League disappointment a year later has not yet succeeded and borne any fruit.

Their conversion rate remains poor as was the case against North Macedonia where they dominated with 70% possession in the first half but still fell 1-0 behind.

Even after Ilkay Gundogan drew Germany level with a penalty just past the hour, the hosts missed golden chances to score before conceding an 85th minute goal.

“It’s an incredible feeling,” said Macedonia’s Ezgjan Alioski. “We beat a giant and a team with such a great history, with European and world titles to their name.”

Their victory comes ahead of the tiny Balkan nation’s first major tournament appearance at the Euros.

While North Macedonia were celebrating, with the team hailed by federation president Muhamed Sejdini as the country’s best ever, Loew, a World Cup-winning coach in 2014, has his work cut out if he is to leave the Germany post with his head held high.

“Now I have to think about what we can do better,” Loew said. “We are bitterly disappointed but we cannot lose our faith and have to keep focusing on our strengths.

“We can play a good tournament and we have to bring back consistency. We must think about that for the coming weeks and months. We will go over everything again,” he said.

Coronavirus: some positives leave mandatory isolation earlier than they should