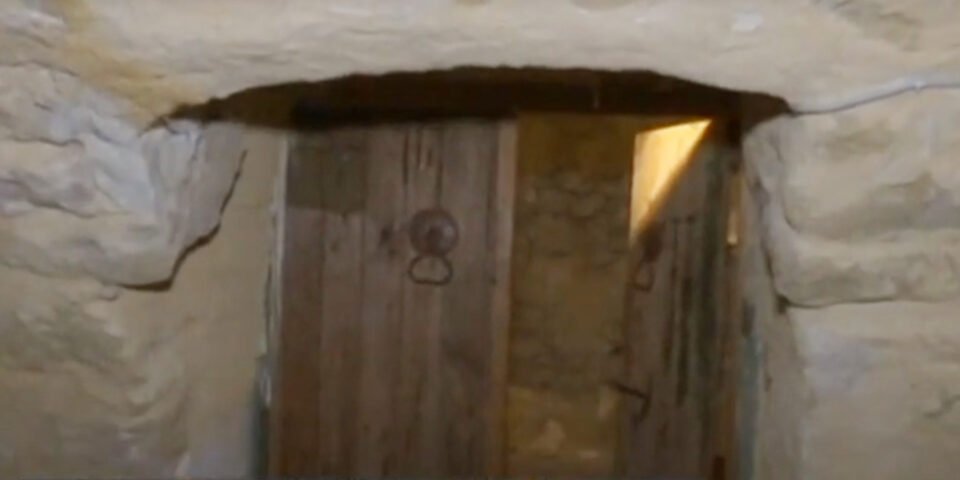 A hideout used by members of ‘Filiki Eteria’, the secret organisation behind the Greek revolution against Ottoman rule, was discovered during renovations underneath Pancyprian Gymansium in Nicosia and will be restored, Education Minister Prodromos Prodromou said on Thursday.

The minister said that this hitherto unknown underground space, was discovered during renovation works at the Pancyprian Gymnasium and it is linked with the presence of Filiki Eteria (Society of Friends) members in Cyprus.

“It’s been an undiscovered room, until now, an underground space in which the Filiki Eteria members were staying when they were here for contacts with Archbishop Kyprianos,” Prodromou said.

He said that Archbishop Kyprianos, had established the Greek School in 1812, which is now Pancyprian Gymnasium. The hidden room is next to the underground area widely known as the ‘crypt of the Filiki Eteria members.’ In essence is it’s crypt within a crypt.

During works on the walls of the known crypt, a door was discovered leading to an adjacent room.

Kyprianos was executed by the island’s Ottoman rulers in July 1821 along with three bishops, a few months after the revolution started in Greece, to deter Cypriots from doing the same or help in any way.  Around 400 people were executed in Cyprus at the time.

Prodromou said that the discovery of the hideout was “of great historical and symbolic importance.”

“Instructions were given to restore it and adapt the work that is being done, so that when the project is completed, we can showcase and preserve a valuable piece of historical memory, the history of a school,”  Prodromou said. He said the Pancyprian Gymnasium was “replete with history.”

The renovation works have also revealed remnants of a cistern, in which goods were stored at the time and which will also be restored since it is an important find, he said.