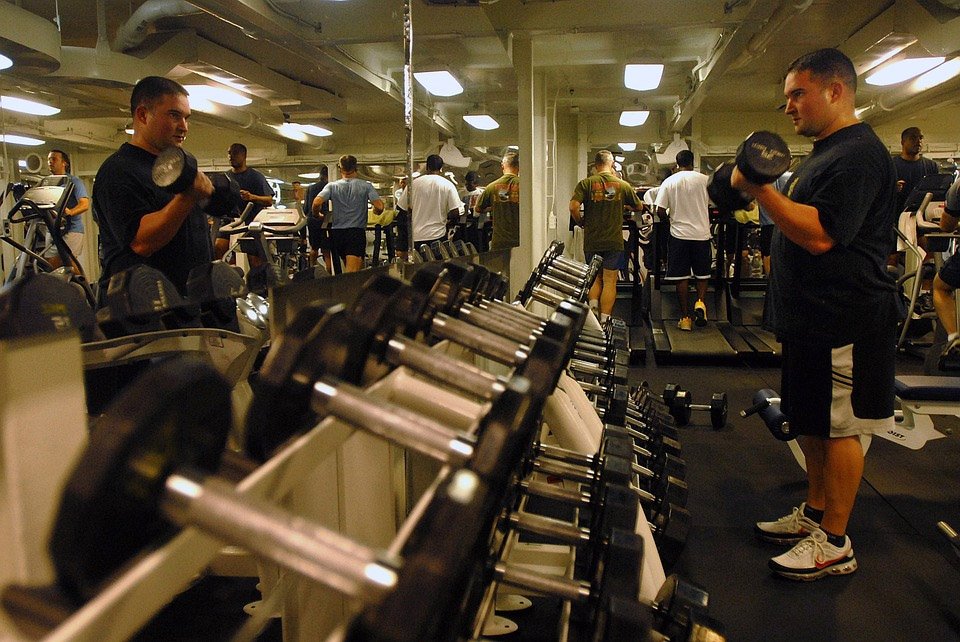 Both gyms and restaurants have reopened, but despite extra weight gain during the lockdowns people are more interested in eating

Obesity rates in Cyprus, especially among children, have reached alarming levels in the past years.

Marred by the coronavirus pandemic, 2020 further highlighted an issue that was already growing steadily. Curfews and lockdowns particularly hit people’s ability to exercise and to lead healthy lifestyles.

According to the Association of Dietitians and Nutritionists, nearly half of Cypriot men are currently overweight.

“The highest rates of obesity were registered in Cyprus, Italy, Spain, Greece, Malta and San Marino where 18-21 per cent of boys and 9-19 per cent of girls are obese,” the association said.

“We are all accountable for taking individual and collective action to tackle this problem, especially during the Covid-19 pandemic.”

According to a health study commissioned and published by the EU in 2019 the overweight and obesity level among six-to-nine-year-olds was extremely high in Cyprus compared to other EU countries, with about 43 per cent of children belonging in the category.

Is there a solution to start curbing the problem? The main issue, of course, lies inside people’s homes says clinical dietitian and nutritionist Alexia Potamitou.

“Cypriot families need to make drastic changes in their way of living and eating and in order to start seeing an improvement as far as obesity rates are concerned,” Potamitou, a member of the Association of Dietitians and Nutritionists of Cyprus and of the European Dietetic Association (ESPEN), told the Sunday Mail.

She also underlined the need for institutions in the country to understand the issue and start making drastic changes.

“We are in need for more bike lanes, for better school yards and school track fields open 24/7.

“We are also in need for more public exercising areas, like swimming pools and running fields.”

Schools should also do more.

“They should be able to offer healthy Mediterranean options in their canteens, as well as better nutritional education.”

The figures always appear surprising due to the widespread notion that always associates Cyprus with the widely lauded Mediterranean diet, suggesting people lead a healthier life compared to other European countries.

“We do have a healthy basis. We do have the means for a healthy lifestyle. But do we live and breathe the Mediterranean way right now? No, we do not,” she said.

“We spend too many hours inside, and we eat 20 per cent the Mediterranean way and 80 per cent the fast food and comfort way, which doesn’t include legumes, vegetables, fruits and fish.”

The situation regarding children is even more alarming.

“The average Cypriot child will consume a lot more commercially made carbohydrates and fats throughout a day than he or she did no more than ten years ago.

The difference between “overweight” and “obese” comes down to Body Mass Index (BMI).

With the metric system, the formula for BMI is weight in kilogrammes divided by height in metres squared.

However, since height is commonly measured in centimetres, a more accessible calculation formula is dividing the weight in kilogrammes by the height in centimetres squared, and then multiplying the result by 10,000.

But it’s the stay-at-home effects of the pandemic that have exacerbated the growing obesity and overweight issue for most families.

“Inactivity and uncontrolled eating were among the highlights of the lockdown months, which led to children steadily gaining weight,” Potamitou claimed. “Ordering in, cooking and eating without a schedule has certainly contributed to the rise of childhood obesity in our island.”

The inability to exercise during the pandemic was another very important factor, according to Andreas Demetriou, a personal trainer living in Larnaca and specialising in weight loss.

“It’s normal, removing the chance to exercise had an impact on people in Cyprus,” he told the Sunday Mail.

“Apart from the obvious weight gain due to the lack of movement, it also made way for boredom at home. When you’re bored, you necessarily have to fill the gaps in the day somehow and, throughout the pandemic, people tended to fill those gaps with food, often the wrong type.”

Demetriou hailed the partial reopening of gyms as a positive development in terms of curbing the issue of growing obesity in Cyprus, but warned that a change in lifestyle is also necessary to see real change.

“In the past days I received many calls from people wanting to get back in shape and that shows that at least there is willingness to lose the weight gained throughout the pandemic,” he said.

“However, everyone has to understand that weight loss only happens when multiple factors are involved. Physical exercise is important but, without a balanced diet and proper mental motivation, it cannot be completely effective.”

His thoughts were echoed by Potamitou.

“Unfortunately, Cypriot children eat too much and move too little. Unfortunately, the Cypriot way of living does not facilitate any kind of movement beyond the scheduled, basic one. We have not yet learned as a community to be active while mingling. More often than not we come together to eat, we rarely meet to exercise and move.”

“When I heard restaurants were reopening, I was very happy, I couldn’t wait to meet my friends for a meal altogether, I cannot say the same when I read that gyms were reopening,” Marios Ioannou, a student at the University of Cyprus, who gained 10 kilos since April 2020, told the Sunday Mail.

“I think that people in Cyprus are more inclined to meet around a table than at a gym or even at a park for a walk, that’s how we were raised.

“However, especially throughout the pandemic, that meant we all gained considerable weight. We replaced meals at restaurants with food delivered at home, we have stopped cooking as well as exercising.”

He desperately wants to lose a lot of the weight that he gained throughout the last year.

“I think the lesson to be drawn from all this is not to underestimate the side effects of the pandemic. I hope other people think the same as I do.”