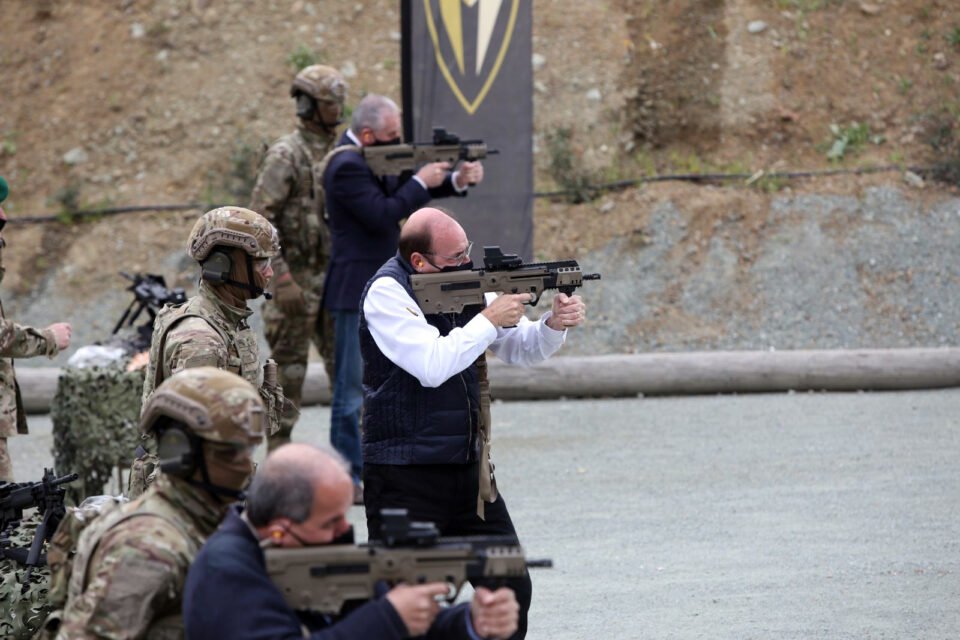 A shooting range was inaugurated on Monday at the Stavrovouni special forces camp, to be used by the 33rd battalion.

The shooting range is dedicated to the memory of Stelios Stratis, who for 21 years was the battalion’s armourer, whose role was to maintain and repair small arms and weapons systems.

The inauguration took place in the presence of Defence Minister Charalambos Petrides, chief of the National Guard, Lieutenant General Demokritos Zervakis, the General Director of the Ministry Andreas Loukas and members of the House defence committee.

The shooting range has a total length of 40 metres and a width of 21 metres and can safely withhold up to 80 per cent of rapid reaction combat shots, in line with international standards.

Three levels of green sound barriers reduce the noise from the shots by a total of 12 decibels.

Can there ever be drawbacks to empathy?