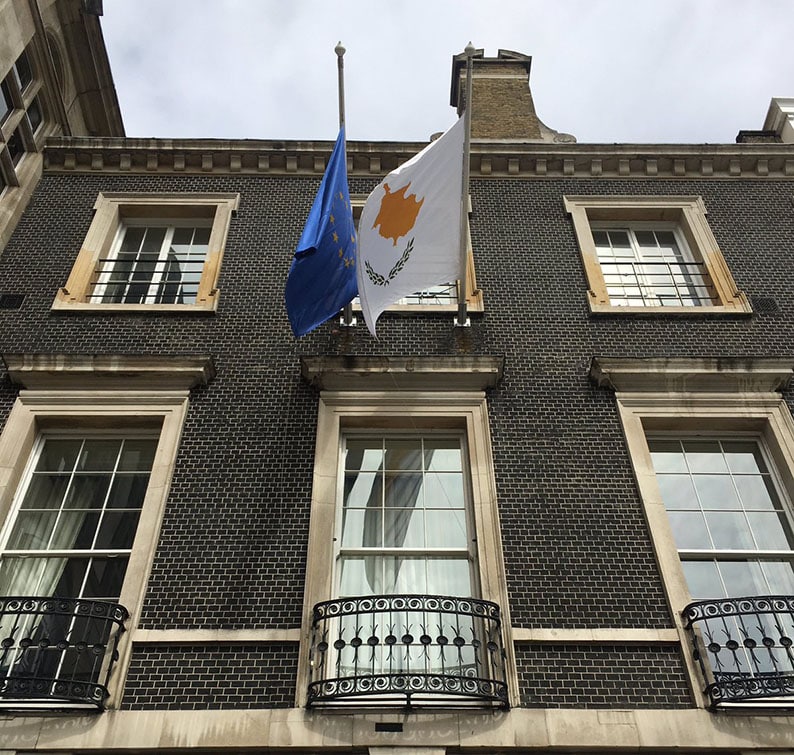 The Cyprus High Commission in London

The House foreign affairs committee heard from ministry officials complaining about the lack of human resources which, they said, undermines Cyprus’ footprint overseas.

Speaking after the session, House foreign affairs committee chair Nicos Tornaritis said that 42 diplomats had retired by the year 2010 – and ever since only three more have been hired.

In 33 missions abroad, the Republic is being represented by only one diplomat.

What’s more, the foreign ministry’s balance sheet accounts for 0.69 per cent of the state budget.

It is imperative that “the voice of Cyprus” be boosted in foreign decision-making centres, Tornaritis said.

“It is not possible that Cyprus be represented by just a single diplomat in foreign countries,” he added.

Whereas population-wise Cyprus is a small country, it still needs to amplify its diplomatic footprint abroad.

Lawmakers heard that the foreign ministry is currently running a recruitment drive to plug the gaps.

The committee urged the government to quickly bolster the foreign ministry’s infrastructures, particularly as regards personnel.

“We consider this endeavour of the utmost importance,” said Tornaritis.