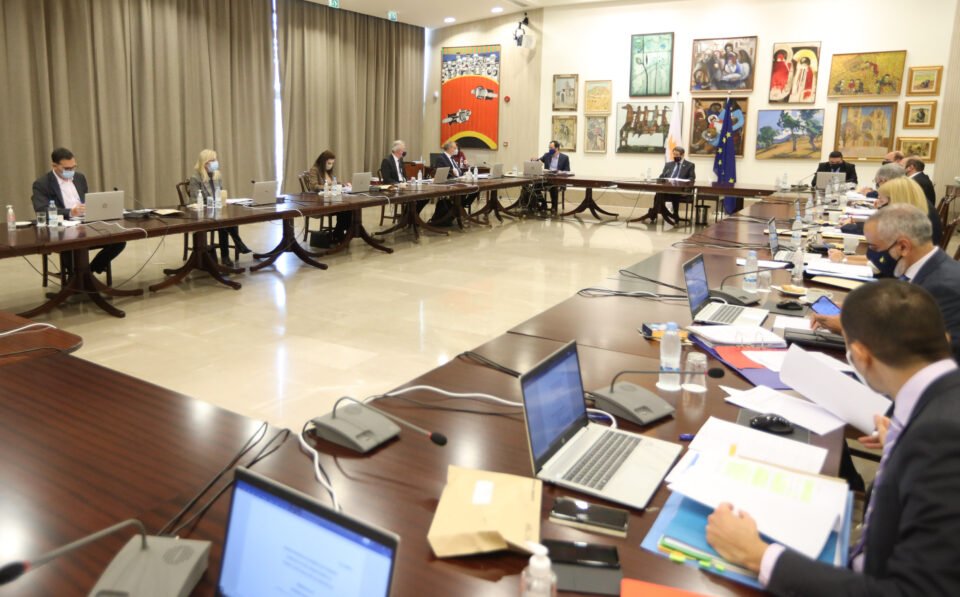 All cabinet members who have not been vaccinated yet will be inoculated with the AstraZeneca vaccine to boost people’s trust in the jab, it was announced on Wednesday.

The announcement came hours before the European Medicines Agency (EMA) said its safety committee (PRAC) was reviewing very rare cases of unusual blood clots following the use of Johnson & Johnson’s Covid-19 vaccine in the US.

EMA also said it was also in the process of providing further context on the AstraZeneca vaccine (renamed Vaxzevria). This includes considering whether to update recommendations for a second dose of Vaxzevria in those who have already received the first dose.

Government spokesman Kyriacos Koushos said that eligible cabinet members will be given the shot on Thursday morning at the state fair vaccine centre, in Engomi.

The move follows a decision from cabinet itself in a bid to give “a message of confidence to the vaccine in terms of its safety and efficacy,” Koushos said. President Nicos Anastasiades, who got vaccinated last December with Pfizer, which were the first vaccines to arrive in Cyprus, will be present at his ministers’ inoculation.

Foreign Minister Nikos Christodoulides will be vaccinated on Monday because he will be abroad on Thursday.

People eligible to get vaccinated in Cyprus prefer the Pfizer and Moderna jabs after AstraZeneca’s was linked with very rare blood clots.

Though the EMA said last week it had found possible links but that the benefits of the vaccines outweighed the risks, Cypriots, who can choose which vaccine they wish to have, have opted for Pfizer or Moderna leaving thousands of AstraZeneca jabs unused.

Disy leader Averof Neophytou said on Monday he was vaccinated with AstraZeneca to show people he trusted the vaccine.

Later in the day, the health ministry said that the EMA, following a request from the EU’s Commissioner for Health and Food Safety after a meeting of EU health ministers, is undertaking a review of vaccination data and data on disease epidemiology (including infection rates, hospitalisations, morbidity and mortality) concerning Vaxzevria.

EMA said it continues to monitor very rare blood clots with low blood platelets that occurred after vaccination with Vaxzevria.

EMA stated that it considers the overall benefits of the vaccine continue to outweigh the risks in people being vaccinated.

“The CHMP’s review will support ongoing national vaccination campaigns in their decisions on how to optimally deploy the vaccine,” it said.

Denmark announced on Wednesday it would cease to administer AstraZeneca’s vaccine entirely over the risk of blood clotting.

“As for all vaccines, EMA will continue to monitor Vaxzevria’s safety and effectiveness and provide the public with the latest information,” the European health regulator said.

It added that the most common side effects with Vaxzevria are usually mild or moderate and improve within a few days after vaccination. More information about the vaccine may be found here.