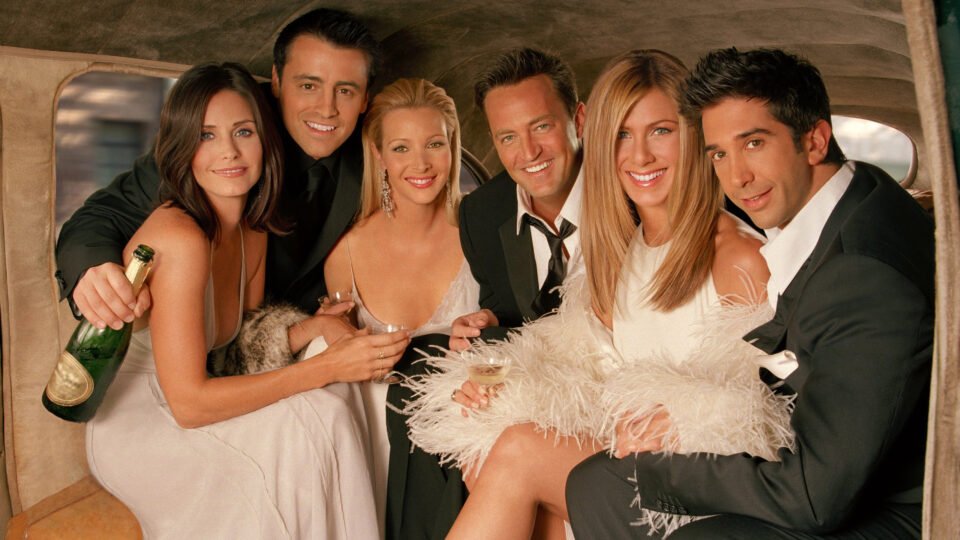 I have no idea how many times I’ve watched reruns of the entire series of Friends but it’s too many to count on one hand.

Watching this award winning TV sitcom series is like meeting up with old pals, and even now, 17 years since the final episode was shown, it’s still highly watchable.

Friends aired from 1994 to 2004, and remains one of the most popular TV shows ever made.

The 20 then 30 somethings – Jennifer Aniston as Rachel Green, Courteney Cox as Monica Geller, Lisa Kudrow as Phoebe Buffay, Matt LeBlanc as Joey Tribbiani, Matthew Perry as Chandler Bing and David Schwimmer as Ross Geller – all live in New York and spend a lot of time hanging out in their local cafe Central Perk.

From the first episode the audience is drawn into the lives of the characters who are all expertly played and believably portrayed; scripts are written well and directed superbly. Jokes are bountiful, as are surprises and romances and there are cliffhangers and lots of will they/won’t they scenarios.

Each character has a recognisable trait or habit that many of us can identify with. Who didn’t want a Joey (a food loving womaniser, who can be slow on the uptake) or Monica (a great chef and obsessively tidy) of their own to hang out in coffee shops with.

There are fights, romance, lots of laughs and although some, newer audiences have retroactively criticised the series for a lack of diversity, instances of homophobia, sexism and fat-shaming, it was also ahead of its time in many ways.

Social norms change and that is often reflected in TV series. The final episode aired over 20 years ago and although society and TV has moved on, Friends still has a well-earned place in social culture and entertainment history.

HBO Max has recently confirmed the original cast will all feature in a highly anticipated reunion show and Schwimmer has revealed that while it is unscripted the Friends characters are likely to reappear at some point.

With 100 days to go, Tokyo scrambles to stage pandemic Olympics