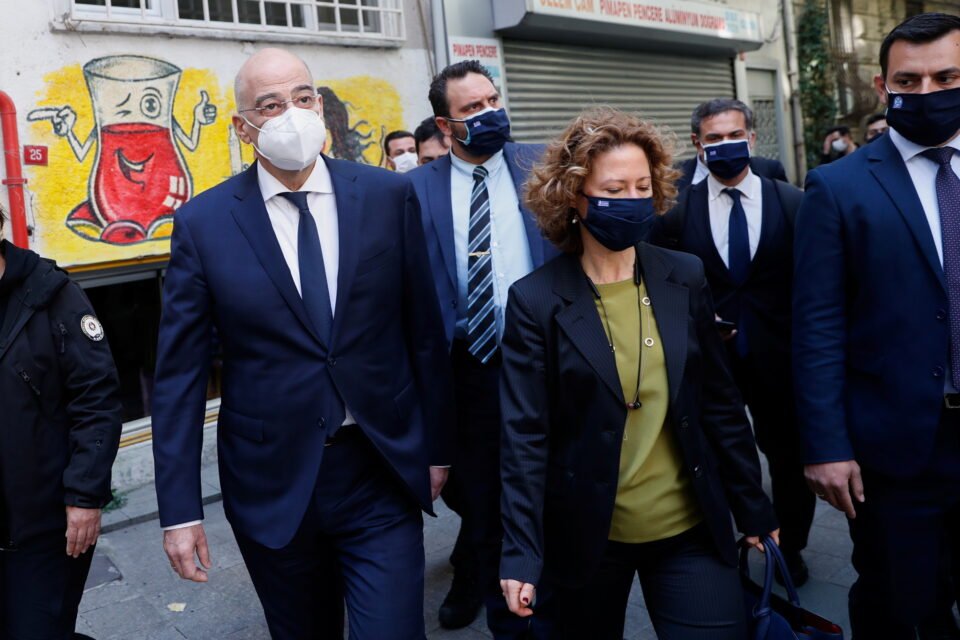 Turkish Foreign Minister Mevlut Cavusoglu said he will discuss all disagreements between Turkey and Greece in a meeting with his Greek counterpart Nikos Dendias in Ankara on Thursday and that it was important for the NATO allies to maintain dialogue.

Ankara and Athens are at odds over many issues, such as competing claims over the extent of their continental shelves in the Mediterranean, air space, energy resources, ethnically split Cyprus, and the status of some islands in the Aegean.

Tensions flared last summer when Turkey sent a drilling ship to contested Mediterranean waters, but have eased slightly after Ankara withdrew the vessel and the countries resumed bilateral talks over their disputes following a five-year hiatus.

Dendias will hold talks with both Cavusoglu and President Tayyip Erdogan on Thursday, in the first visit by either side since last year’s tensions. Cavusoglu and Dendias had met on the sidelines of an event in Bratislava last year.

In an interview with broadcaster NTV, Cavusoglu said Turkey was ready for talks with Greece on all issues, blaming Athens for problems in bilateral dialogue mechanisms in past years.

“We plan on meeting him (Dendias) in a sincere atmosphere. The dialogue and high-level visits between us and Greece are very important and pleasing,” he said. “There are issues that we disagree over with Greece, we need to discuss these openly.”

On Wednesday, Greece said it had agreed with Libya to hold talks on marking out their maritime zones in the Mediterranean, after a meeting with the president of the Libyan Presidential Council, Mohamed al-Menfi.

Asked about the development, Cavusoglu said Libya could hold talks on maritime demarcation with any country, adding this was not a risk to the accord between Ankara and Tripoli.