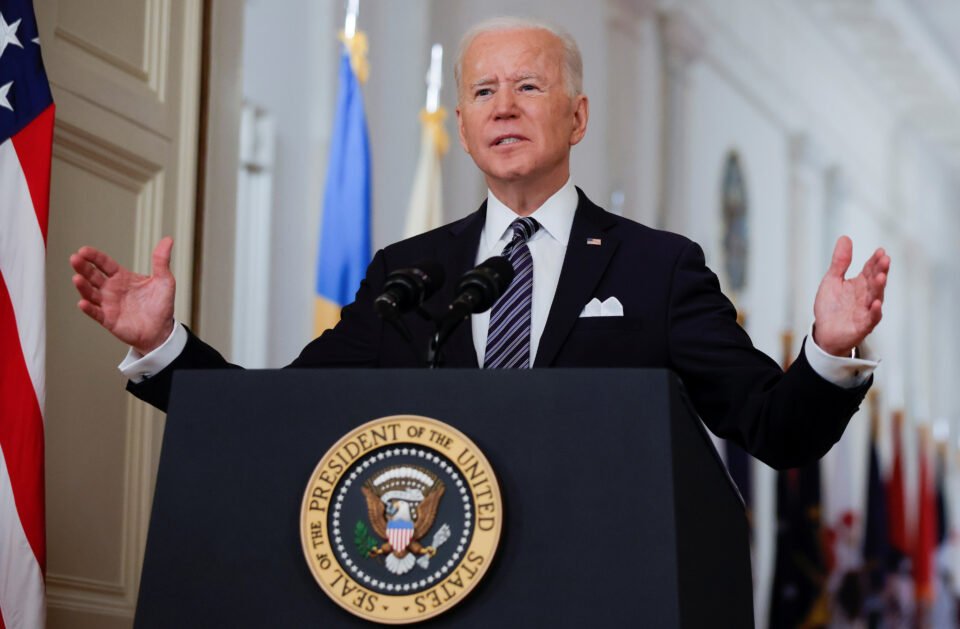 President Joe Biden faced increased pressure on Friday to stem gun violence amid a rash of mass shootings across the United States, but he faces an uphill battle to significantly change the country’s permissive firearms laws.

The day after a shooter killed eight people and himself at a FedEx Corp facility in Indianapolis, Biden insisted he could tackle the problem while also pushing a sweeping jobs package and working to rein in the coronavirus pandemic.

“This has to end. It’s a national embarrassment,” Biden said at a White House press conference alongside Japanese Prime Minister Yoshihide Suga.

The Indianapolis shooting was at least the fifth such event in as many weeks, an unwelcome return to frequent high-profile violence as many in the nation emerge from a pandemic bubble.

Biden has taken limited steps so far to tighten federal gun regulations, and has called for more money to fight the problem.

He will have to persuade congressional Republicans to agree to take more significant steps. That is a challenge given that previous attempts at legislation have stalled repeatedly over the past decade, even as hundreds of thousands of Americans have died.

The Democratic-controlled House of Representatives this year passed legislation to expand background checks for gun buyers, But it faces steep odds in the Senate as lawmakers from rural states where gun ownership is widespread wield disproportionate influence.

Democrats and Republicans in that chamber are discussing a possible compromise. Congress has yet to take up Biden‘s proposed assault-weapon ban, though several states have prohibitions in place.

Gun-control advocates said on Friday that Senate Democrats should be ready to override Republicans if necessary by ditching longstanding rules that require a supermajority to advance most legislation in the chamber. The Senate is currently split 50-50 between the two parties. They also said Biden should demonstrate that the issue is a priority by discussing it in a planned April 28 speech to Congress.

At a news conference organized by The Time is Now Coalition, an advocacy group, several people who have suffered losses from gun violence said on Friday that they were frustrated by the inaction.

“The time is indeed now to act but the time has been now to act for years, for decades,” said Peter Read, whose daughter Mary was one of 32 people killed in a mass shooting at Virginia Tech University 14 years ago.

With about 121 firearms for every 100 residents, the United States is by far the most heavily armed society in the world, and the number of gun deaths has climbed steadily in recent years.

Some 43,539 Americans died of gun violence last year, with more than half of those due to suicide, according to the Gun Violence Archive, a research group.

At least 30 people have been killed in U.S. mass shootings in the last month alone. Those events draw headlines, but they typically account for less than 1% of firearms deaths each year.

The Indianapolis shooting came on the heels of deadly shootings at spas in the Atlanta area and a supermarket in Boulder. Police say suspects in those incidents purchased their weapons legally.

Biden earlier this month said his administration would crack down on self-assembled ghost guns and tightly regulate stabilizing braces that effectively turn pistols into rifles. He also said he would make it easier for states to adopt red-flag laws that allow authorities to take gun from people deemed to be a danger to themselves or others.

Those initiatives do not require cooperation from Congress, but they will take time to put in place.

The Department of Justice needs to create a paper trail to show that any rule change was not abrupt or political and has a strong foundation in law to stave off anticipated legal challenges.

‘I haven’t got an Italian bone in my body, but I have an Italian soul’