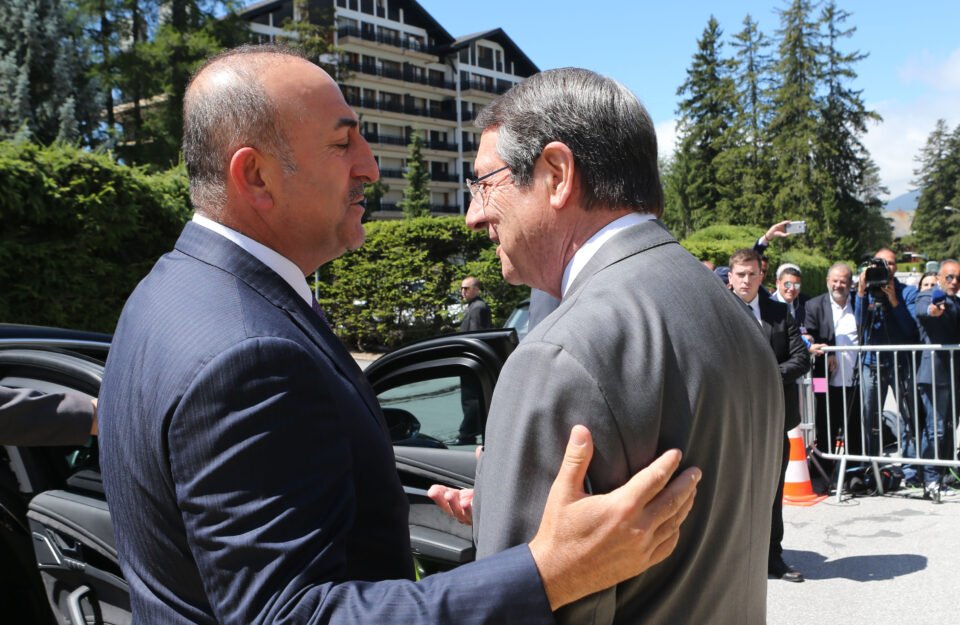 As Nicosia moves into the final stages of preparations ahead of the informal five-party summit in Geneva where the island’s two community leaders will meet under the UN secretary-general to seek common ground on the way forward for the Cyprus problem whether the EU will have a role is still unclear.

Guarantors Greece, Turkey and the UK will also take part at the summit between April 27 and 29.

In the meantime, the EU’s participation as an observer has not been confirmed due to the Turkish side’s objections, Government Spokesman Kyriacos Koushos said on Tuesday.

Turkey and the Turkish Cypriot side argue that the EU is not a stakeholder, so its presence is not necessary. They also question the EU’s impartiality arguing it acts in favour of the Greek Cypriot side.

“We would like the EU representative to be present,” Koushos said. He added that the issue was raised again by Foreign Minister Nikos Christodoulides during the meeting of the EU Foreign Affairs Council (FAC) that took place through a teleconference on Monday.

During the meeting, EU High Representative for Foreign Affairs and Security Policy Josep Borrell told the bloc’s foreign ministers that during a recent conversation he had with the UNSG on the Cyprus problem, he reaffirmed the EU’s desire to participate in the whole process.

Koushos said that “it is clear that the EU will be present in the discussion on the substance of the Cyprus problem. It is something for which there are no objections and no problem. The problem was for this informal five-party in Geneva,” he said.

The government has repeatedly said the EU’s presence was important because Cyprus will remain an EU member state after the solution while during the last round of talks, in 2017, EU representatives had given solutions to important issues raised.

“It makes one wonder why Turkey does not accept the EU’s presence when it wants to follow a European course, when it wants a positive agenda (by the EU) to be discussed in June,” Koushos said.

Borrell also told the ministers, according to the foreign ministry, that “the results of the forthcoming meeting in Geneva are crucial for the future of Euro-Turkish relations and the decisions that the EU will take at the June European Council.”

On Monday, in an interview with Alpha TV, President Nicos Anastasiades spoke about the Cyprus problem.

Responding to the notorious question on whether he indeed referred to a two-state solution during a conversation with Turkish Foreign Minister Mevlut Cavusoglu, he said: “I would have no objection if Mr Cavusoglu wanted to publish our conversation. The full conversation though.”

In that discussion, Anastasiades said he pointed out from the beginning that the two-state solution will not be accepted by the international community or the EU. “This exists in both documents,” he said.

Asked on Tuesday, Koushos said the UN informed the Greek Cypriot side that the Turkish side has given the international organisation its minutes of the conversation between Anastasiades and Cavusoglu.

However, just days before the Geneva summit the programme has not yet been is not finalised.

Anastasiades is expected to have a meeting with UNSG Antonio Guterres on the first day of the summit. On the same day, the UN will hold a cocktail dinner for the two delegations. Due to the pandemic restrictions, only a small number from each delegation will be able to take part.

Earlier on Tuesday Koushos told the Cyprus News Agency that a meeting was held on Monday evening between Anastasiades, the negotiating team and legal experts tasked with assisting in preparation for the informal conference.

“The participants were informed about the work done by the law experts and were given various documents that were prepared and were asked for feedback,” Koushos said.

Koushos said the documents were studies on various legal aspects on which the Greek Cypriot side’s arguments will be based. He added that some of the documents were of political content on “what are we going to do in Geneva, what are we going to pursue, what does political equality and effective participation mean, what does sovereign equality mean, what are our positions.

“It is the policy that we will follow and the arguments that we will put forward on any issue that arises,” he said. He added that the preparation concerns all scenarios.

Anastasiades is to travel to Athens for a meeting with Greek Prime Minister Kyriakos Mitsotakis on Wednesday. According to Koushos, the goal is to exchange views and coordinate in view of the informal conference.

On Friday, the National Council is set to convene where party leaders will be briefed of the latest developments ahead of the summit in Geneva.