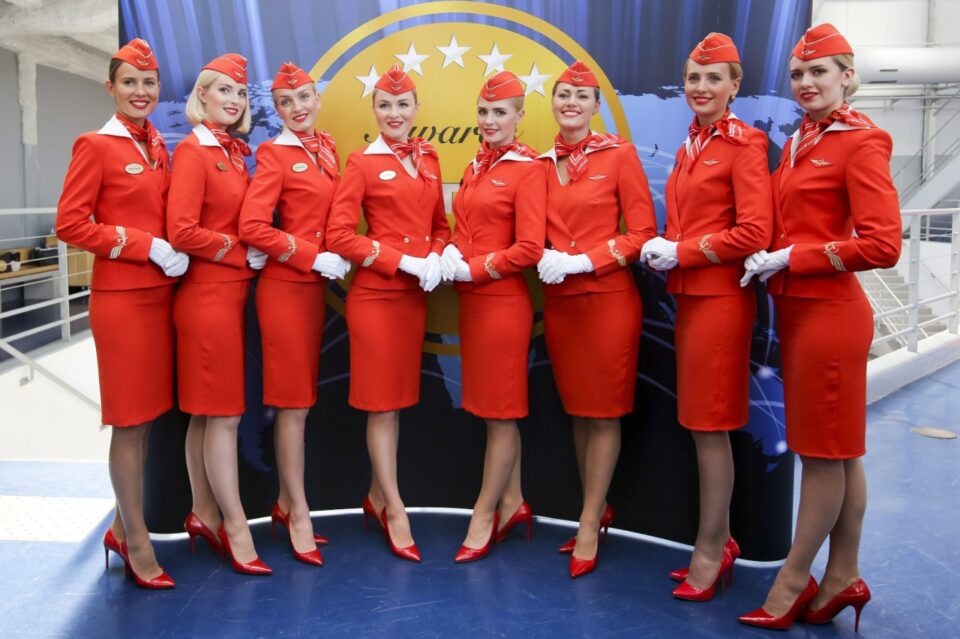 Aeroflot crew won't be smiling if flights are grounded.

There is a strong chance that flights from Russia to Cyprus will be grounded all summer, according to travel industry sources. However no decision has yet been reached; it is possible that one will be announced by tomorrow.

After meetings among Cyprus and Russian Federation government officials on Monday with airline and travel industry representatives, no decision appears to have been reached on whether flights from Russia will resume.

Before the meeting, passenger-and-freight flights from Moscow and St. Petersburg to Larnaca from the end of April to mid-May had largely disappeared from the schedules of Aeroflot and Rossiya airlines.

This is despite the fact that since April 1, Cyprus has allowed tourists from the Russian Federation to enter . Russia has been placed in the ‘red’ category, meaning that travellers from these countries are allowed entry if they carry a negative coronavirus test, no older than 72 hours, and take another upon arrival.

But there is no evident political cause behind the move with Cyprus. The Russian authorities have reportedly been spooked by the somewhat volatile epidemiological profile that Cyprus has shown in recent months, according to industry sources. Recently, all flights from Russia to Cyprus have been operating on the basis of one-time permits, meaning that each flight had to request and receive a permit separately.

This has meant that flights have been regularly scheduled and then cancelled.

Normally, Aeroflot, for example, has at least one flight per day to and from Larnaca in April. The current schedule as posted online, however, shows the next direct flight from Moscow to Larnaca on April 28.  From St. Petersburg, there are no flights until mid-May, on May 14 and 15, May 21 and 22, May 28 and 29.

Worse still, Aeroflot passengers arriving from Moscow on certain flights will have to stop over 12 hours when flying from St. Petersburg to Larnaca. The Rossiya flight arrives in Pulkovo at 21.20, and only takes off at 9.20 a.m. for Larnaca.

On the low-cost airline Pobeda, which belongs to Aeroflot, there are currently flights scheduled to Moscow once a week. Cyprus Airways has announced that it will restart its operations in May.

Austria will only use Sputnik V vaccine after EMA approval