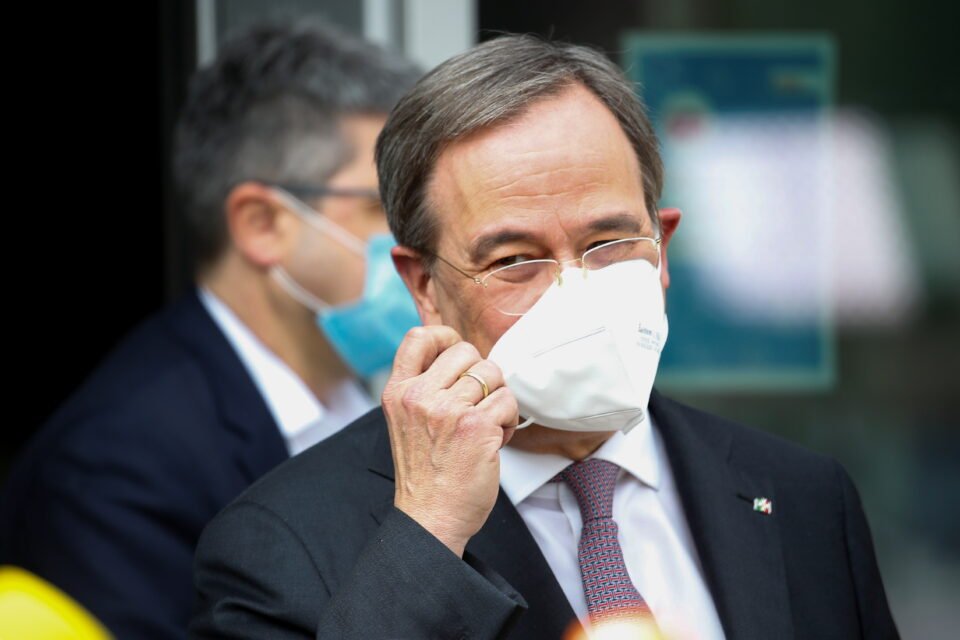 Armin Laschet, leader of Germany’s Christian Democrats (CDU), won the backing of senior party members at an internal meeting to run as the conservative candidate to succeed Angela Merkel at a September federal election, party sources said on Tuesday.

That brings him a step closer to being named candidate for the conservative bloc, a role for which he has been vying with Markus Soeder, leader of the CDU’s smaller Bavarian sister party CSU.

With Merkel stepping down after the election, pressure has been mounting on the bloc, dubbed ‘The Union’, to agree on a candidate as its ratings wallow near a one-year low, hurt by the chaotic handling of the COVID-19 pandemic.

By backing Laschet, 60, the less popular of the two men, the CDU elite has prioritised its ascendancy in the conservative bloc over the prospect of being led to victory by Soeder, 54, who would then hold sway over the alliance and could potentially dominate it for years.

After more than six hours of debate going into the night, Laschet garnered the votes of 31 out of 46 members of the CDU’s federal executive committee, representing a majority of 77.5%, party sources said.

Soeder, who did not participate in the virtual CDU meeting, won the backing of nine members while six others abstained, according to the participants.

The leader of the CSU party had said on Monday that he would accept a “clear decision” by the CDU leadership and step aside. He had not yet commented on the outcome of the meeting early on Tuesday.

The bloc is likely to make a joint decision on a candidate later on Tuesday, Thorsten Frei, deputy leader of the CDU/CSU group in parliament, told broadcaster Deutschlandfunk.

Polls show that Soeder is far more popular than Laschet, which had unnerved some members of his own CDU party.

An ARD Deutschlandtrend survey on Friday found that 72% of conservative voters considered Soeder better suited to become chancellor. Only 17% of conservatives viewed Laschet as the more suitable candidate, the survey by the Infratest Dimap polling institute found.

The disarray in the conservative camp stood in stark contrast to the opposition Greens who on Monday, with no internal wrangling, named their co-leader Annalena Baerbock as their first candidate for chancellor in the party’s 40-year history.

The conservatives retain a narrow lead in polls over the Greens, but the leadership rift threatens to harm their efforts to extend their 16-year-old hold on power without Merkel, who has won them four consecutive victories.

Laschet is widely seen as a candidate who would continue Merkel’s legacy, though he has clashed with her over coronavirus restrictions. Soeder is an astute political operator who has sided with Merkel during the pandemic.

Laschet has said that for him, one of the policy priorities as chancellor would be to keep Europe together and steer the bloc out of its current coronavirus crisis.

No chancellor has ever come from the CSU.

A Forsa poll last week put support for the conservative alliance at 27%, ahead of the Greens at 23%.

The octopus that mentored a diver to reconnect with nature