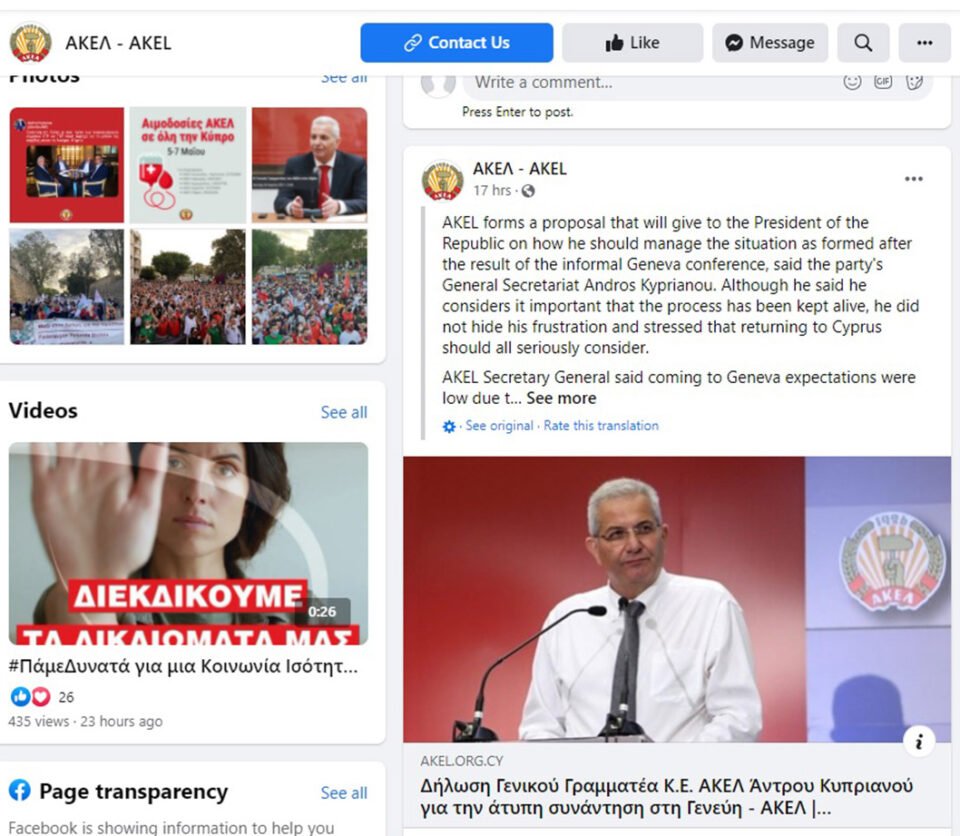 The current restrictions and measures in place against the spread of the virus have severely affected the political parties’ campaigning strategies for the upcoming parliamentary elections.

The latest and strictest measure, a two-week lockdown imposed by the health ministry, has changed the plans for many politicians in the island who relied on their physical presence in order to campaign.

With the elections fast approaching, social media campaigning is now playing an even bigger role.

“Social media has played an ever so important role in all political campaign strategies throughout the past years and Cyprus makes no exception,” political analyst Christoforos Christoforou told Cyprus Mail.

“Now, with the restrictions and the lockdown, this trend has been reinforced and strengthened. However, the politicians’ physical presence is not the only aspect that has been affected by the pandemic and the growing social media presence of political parties.

“The themes of each party participating in the election also had to change, due to the limited space and time that a social media campaign entail.

“Themes are also time and situation-sensitive. For example, this year, a main topic for all politicians running for office is the management of the pandemic, which obviously wasn’t the case during other elections in the past,” Christoforou said.

He added that social media could be a strong asset for parties and politicians, but, in his opinion, few know how to master the tool.

“However, a campaign or a political programme cannot be supported by just one media outlet, such as social media, even though its reach is much wider compared to traditional media.”

Regardless of the pandemic, the personal touch with voters through physical presence at places and events throughout the country has taken a blow in recent years due to logistical difficulties, according to Christoforou.

“What matters most to voters is always the content of each politician’s or party’s programme and not the way it is delivered. And in this regard, Cyprus is heavily lacking.

“The ability of political forces to convey meaningful proposals and clear ideas is very low. Voters want more than empty words and nice expressions. My opinion is that the political class in Cyprus for the past 20 years has not been able to properly communicate with the electorate.”

As far as individual parties in the island are concerned, Christoforou said that, more or less, all of them are making solid efforts to upgrade their campaigns by taking them online. He said there were of course some parties who were more prepared than others. Main opposition Akel, for example, even though they have a strong presence on social media, particularly on Facebook, does not promote their candidates as much or as well as other parties, he said.

“However, that might also have to do with their political strategy and not just with their ability in using social media.”

Finally, Christoforou said that political campaigns on social media tend to have a more volatile nature compared to other media outlets, such as television or radio.

“Messages conveyed on social media are almost always more impulsive and more emotional, so as to appear stronger to voters. That is why online campaigning has become ever so important in Cyprus.”

US ambassador to Cyprus expresses hope for future relations