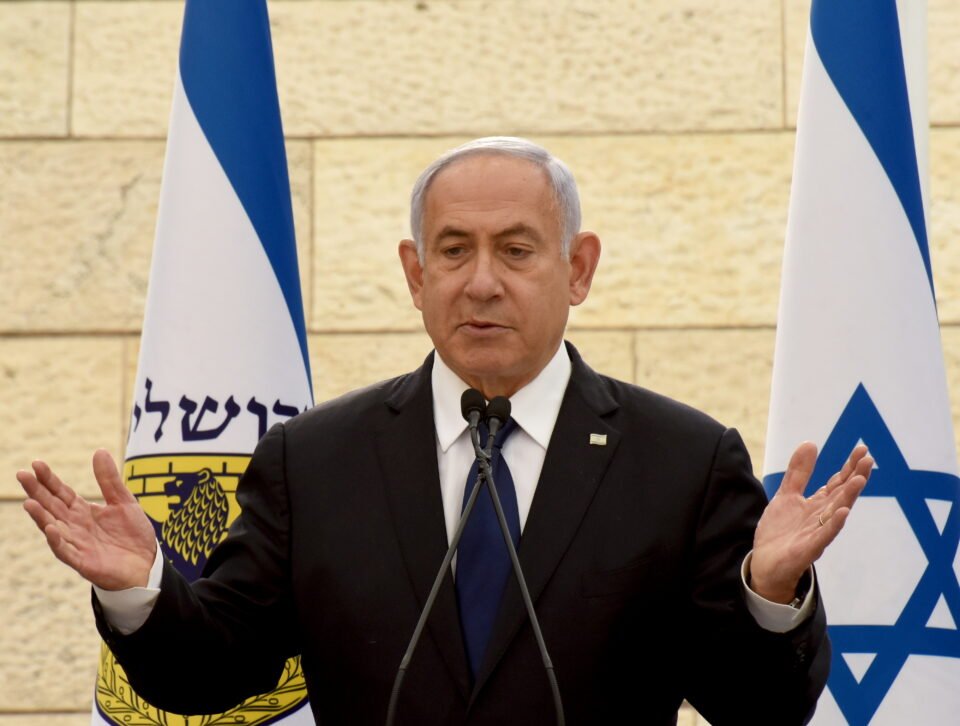 A tempest in a small teapot this week, as Human Rights Watch (HRW) accused Israel of ‘apartheid’. That echoed the judgement of the Israeli human rights group B’Tselem, which said in January that the current Israeli government is an ‘apartheid regime’. But the official response was different.

The Israeli government ignored B’Tselem, but its Washington embassy gave HRW the standard response to foreign criticism: “We strongly reject the false accusations that [fill in the blank] is spreading about Israel. This is an organisation known to have a long-standing anti-Israel agenda.” Then the caravan moved on, leaving the barking dogs behind.

Aspects of Israel are reminiscent of South Africa – high fences, lots of guns, and large, unfriendly dogs – and fundamentalist religion has played a big role in politics in both countries. But the caravans are moving in opposite directions: South Africa towards democracy, Israel away from it.

The usual chicken-or-egg question arises at this point. Was it extreme right-wing politics that drove Israel to its current dilemma, condemned to perpetual subjugation of its Arab population under the leadership of a Benjamin ‘Bibi’ Netanyahu? Or was it the need to keep the Arabs down that drove Israelis so far right?

History says the latter. For Jews in the shtetls of late 19th century Eastern Europe, facing unrelenting prejudice and occasional pogroms in the countries where they were born, there were only two ways out: a revolutionary ‘socialism’ that promised to drown all the national hatreds in a shared post-nationalist paradise, or a nationalism that created a sovereign state to protect all Jews.

The younger generation of Jewish activists split: the idealists became Communists, and the realists became Zionists – Jewish nationalists, in other words. Both groups achieved their goals: a significant proportion of the Bolshevik leaders in Russia in 1917 were Jews, and Zionists created the state of Israel in 1948.

But despite their nationalism, most of the Zionists were also tempted by socialism, and for the first thirty years after independence all Israeli governments were left-wing coalitions led by the Labour Party.

For another two decades, until 1996, Israeli coalitions alternated between left and right. But for all but three years of the past quarter-century (since 1996, when Netanyahu first became prime minister), Israel’s governments have all been led by the right. Nor is that situation likely to change in the foreseeable future.

You can trace the drift to the right back to the Six-Day War of 1967, when Israel conquered enough land from Syria, Jordan and Egypt to quadruple its size. It gave the Sinai Peninsula back to Egypt in exchange for a peace treaty in 1977, but Israelis could not bring themselves to return the rest. They kept it, which meant keeping all the Palestinians who lived there.

That was the fatal step. Just before the Six-Day War, thanks to massive Jewish immigration from the diaspora, Jewish Israelis outnumbered the Arabs who had not been driven out in the 1948 war by around seven-to-one. That’s a comfortable majority, big enough that Israel could afford to let its Arabs have citizenship, the vote, all the usual democratic rights. And it did.

But after 1967 Israel ruled a far larger territory on which almost exactly half the population was Arab. More than half a century later it still does, and it doesn’t want to give that land up.

But it cannot afford to give all those Arabs citizenship and all the rights that go with it, so the only solution is permanent subjugation of all its post-1967 Arab subjects. Only hard right-wing governments can do that and still be at peace with themselves, so that is what Israel has ended up with.

As former prime minister Ehud Barak said in 2017: “If we keep controlling the whole area from the Mediterranean to the river Jordan where some 13 million people are living, if only one entity reigned over this whole area, named Israel, it would become inevitably … either non-Jewish or non-democratic.”

Netanyahu’s solution to this dilemma is never stated explicitly, but a majority of Jewish Israeli voters understand and accept it.

It is that the Arabs in the occupied territories will have to live under permanent military occupation, in order that Jewish Israelis may continue to live in a ‘Jewish state’ that extends from the Mediterranean to the Jordan River.

In four consecutive elections in the past two years, Netanyahu has failed to get an outcome that delivers him a possible winning coalition. He’s playing for a deadlock and a fifth election now, but he may end up out of office and in jail instead.

Any politician who replaces ‘Bibi’, with or without another election, would pursue the same basic policy. The centre of gravity of Israeli politics is now far to the right, and still moving rightwards.