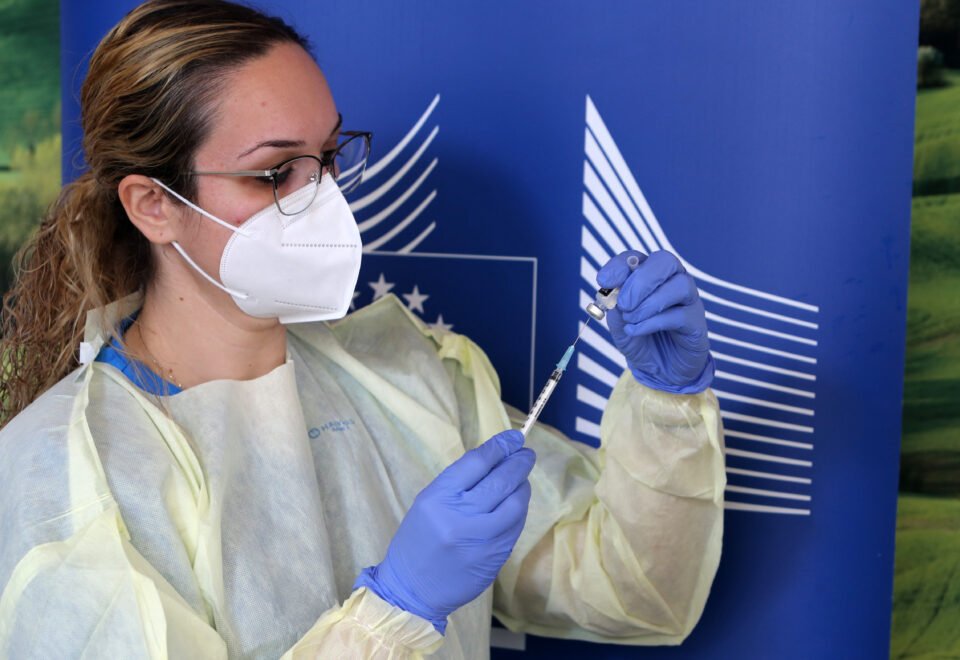 More than 10,000 people were served by the vaccination portal in the first 10 minutes after it opened for the age group from 37 to 38 on Tuesday, deputy minister for research, innovation and digital policy Kyriakos Kokkinos told the Cyprus News Agency.

According to information from the health ministry, 10,326 appointment slots for Covid-19 vaccinations were booked until 8.30am, out of the 14,387 made available.

The portal opened at 7.30am and will remain open until 8pm.

Commenting on reports of delays in the morning, Kokkinos said this should not be blown out of proportion.

“There are always three or four minutes of delay and there will be as long as people are fighting for a Pfizer or a Moderna [vaccine] because there is a hesitation regarding other vaccines,” he said.

The health ministry reported the national vaccination plan is currently focusing on the age group from 30 to 38.

Vaccinations are progressing rapidly, the ministry said, adding the goal is to administer the first jab to at least 60 per cent of the population by the end of June.

“It appears we are moving faster than expected,” spokeswoman Margarita Kyriacou told CyBC, estimating that people in their late 20s will have the opportunity to book appointments next week or the week after that.

In previous days, when the portal was available for the ages from 61 to 70, a total of 8,480 appointments were made while 12,960 had been offered, the ministry announced.

More plans for next week will be announced in the coming days.

In response to the three vaccinated people who died this week, experts told the Cyprus Mail that fatalities “were expected” as Covid-19 vaccination might reduce the possibility for serious illness but does not eliminate it.

Citing international research, Assistant Professor of Pathology at the European University specialising in Infection Control Constantinos Tsioutis said that vaccinations reduce the possibility of serious illness and death from coronavirus meaning some of those who receive the vaccine could still be infected and experience serious symptoms.

“We were expecting it, because unfortunately vaccination does not offer 100 per cent protection [from Covid],” Dr Andreas Costis in charge of the covid ward in Limassol general and where one of the vaccinated people who died told the Cyprus Mail.

The state doctor blamed the deaths on people failing to abide by personal hygiene and social distancing rules, leading to them catching the virus in the first place.

“Receiving the vaccine does not mean we can be reckless,” Costis said.

Medical Director of Famagusta reference hospital for coronavirus Amalia Hadjiyianni said there were cases of vaccinated people in need of hospitalisation but these have seen a significant decrease and are now rare.

“Patients who may need treatment may have been vaccinated at a time when they were positive for the virus, or who did not get the necessary immunity from the vaccine,” she told the Cyprus News Agency.

No further details were released on whether those who died had received both doses of the vaccine or whether they had any underlying health conditions.

A canoe expedition to three lochs in the Scottish Highlands