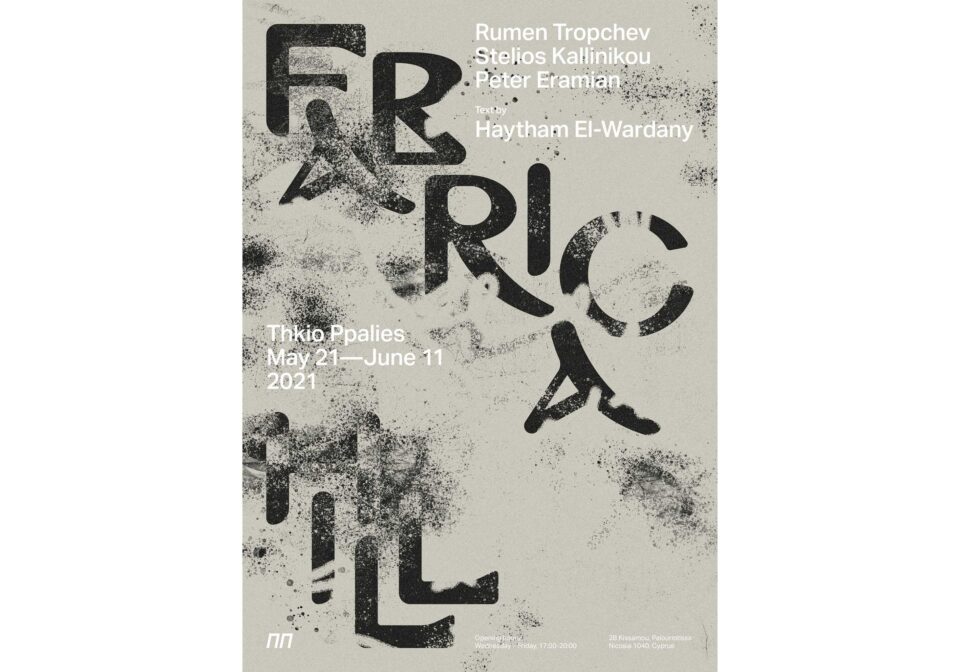 When the lockdown ends there are many things on the horizon. Summer, freedom (hopefully) and more cultural events. On this month’s agenda is a group exhibition featuring artworks by Rumen Tropchev, Stelios Kallinikou, Peter Eramian and text by Haytham El-Wardany. Fabrica Hill as the exhibition is called, will take place at Thkio Ppalies, a project space based in Nicosia founded in 2015 by two of the exhibiting artists.

After being postponed several times due to the pandemic and other circumstances that come along with it, Fabrica Hill is now ready to open on May 21. If measures allow that is, nonetheless, the artists are eager to tell the story of Fabrica Hill. “There’s an archaeological site in Paphos called Fabrica Hill,” they say.

“The name is due to a cotton factory that was located there during the Middle Ages, however, the site dates back to the Hellenistic-Roman period. Fabrica Hill is of great archaeological interest as it contains a number of motifs from different epochs. Situated on a limestone mountain, it is firstly a site of extraction, one of the first known underground quarries. Among the artificial caves are catacombs, tombs and places of worship from different eras, some of which are still in use today. During the later Roman period, the site was converted into a residential district with buildings, fortifications, traces of a complex water management system and a nymphaeum. In certain parts, one may stumble upon stone-carved marks that are speculated to have been used by workers as board games. Towards the south lies an ancient amphitheatre which was used for over six centuries until it was destroyed by an earthquake. Overlooking the site is Kings Avenue Mall.”

The exhibition will run from Wednesday to Friday until June 11 and due to Covid-19 restrictions, only a limited amount of people can be present at any time inside the gallery space. The venue has an interesting story itself as well. Five years ago, Stelios and Peter were looking to rent a shared studio and found a space in Pallouriotissa that used to be a general construction and repair machine shop called Fabrica (factory).

“On the garage door there was a sticker for a local plumbing services company called Thkio Ppalies,” say the two friends. “The local residential/industrial feel of the neighbourhood and the Kotsirkas river path that runs parallel enchanted us,” they add and that is how the space got its name. An amicable name based on a Greek-Cypriot expression for a space to host local projects and initiatives.