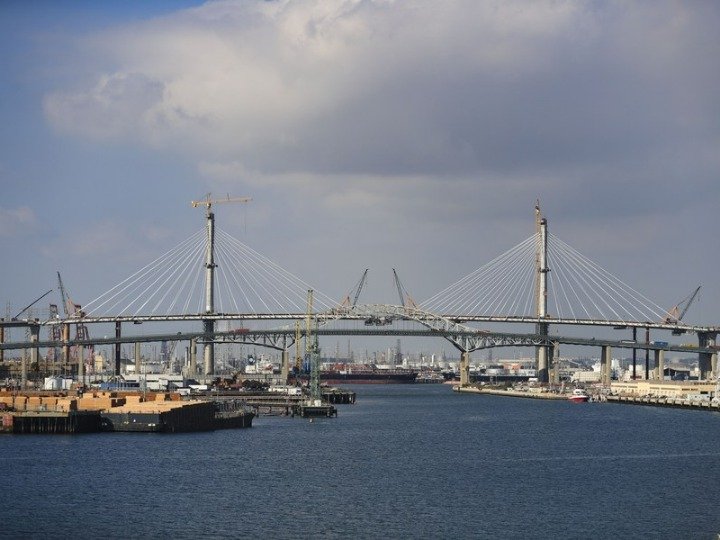 Marine life is thriving in San Pedro Bay Harbour at levels not seen in multiple studies over two decades, according to a new survey.

The Port of Long Beach (POLB), the second busiest container port in the United States, has seen record-high biodiversity in its efforts to build a green port, the POLB told Xinhua on Thursday.

Marine life is thriving in San Pedro Bay Harbor at levels not seen in multiple studies over two decades, according to a comprehensive new survey of water quality, aquatic habitat and biological resources at the POLB and Port of Los Angeles.

More than 1,000 species of plants or animals were observed, including 104 species of fish, 87 species of birds and five species of marine mammals, according to the survey conducted in 2018 and 2019.

Among other notable findings, biologists for the first time found nine species of fish typically associated with hard substrates such as reefs, including Garibaldi, sheepshead, horn shark, and moray eel.

“We are seeing more and more pollution-sensitive species thriving in our harbor, meaning our water and sediment can support diverse and abundant life. We celebrate these environmental successes, while knowing there is more to do,” said POLB Executive Director Mario Cordero.

As a result of its Green Port policy, the POLB has seen 88 percent down of diesel soot, while the number of plants and animals living on the rocks and pilings in the San Diego Bay Harbor is increasing, the port told Xinhua.

In addition, Sulfur oxides are down 97 per cent, while smog-forming nitrogen oxides have decreased by 58 percent, and greenhouse gas emissions has reduced by 19 per cent, according to the POLB.

The future of the Green Port plan aims to reduce greenhouse gases to stave off climate change, and have zero emissions by 2035, said the POLB.

The POLB, one of the world’s premier seaports, is a gateway for trans-Pacific trade and a trailblazer in goods movement and environmental stewardship. With 175 shipping lines connecting Long Beach in Southern California to 217 seaports, the port handles 170 billion U.S. dollars in trade annually, supporting more than 575,000 Southern California jobs.