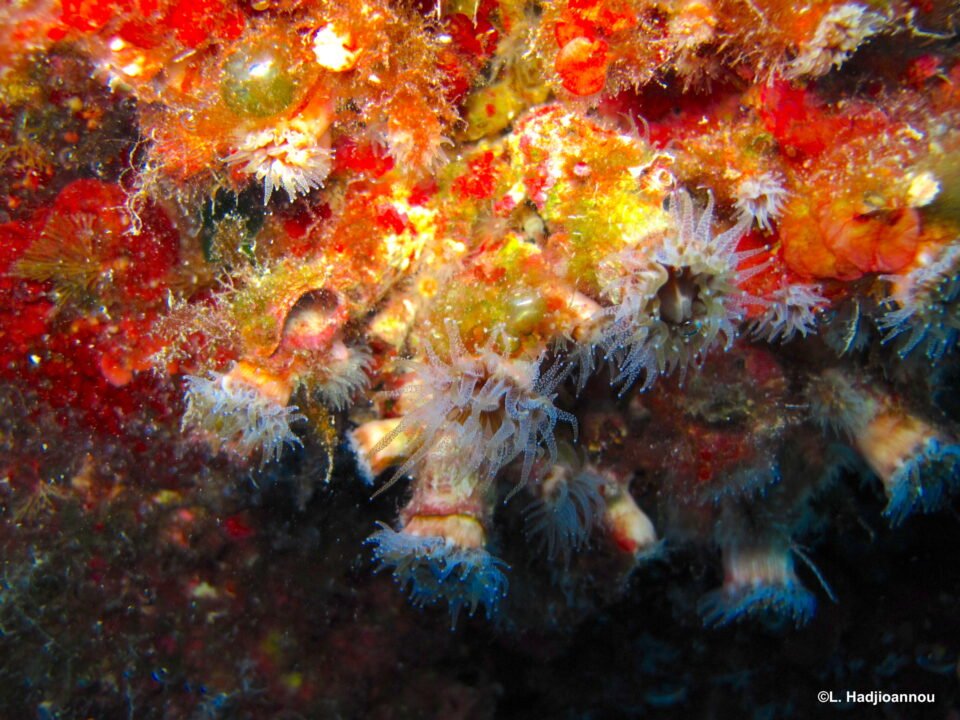 Coral reefs are among the planet’s richest ecosystems (Louis Hadjioannou)

Researchers tell us what can be done to save them

It is likely that coral reefs around Cyprus will die in the near future because of climate change and unsustainable tourism, but there is more to the story, marine ecologist Louis Hadjioannou told the Cyprus Mail.

Threats are interconnected, he explained, and largely stem from the fact that we live in an anthropocene era.

“The umbrella is overpopulation. In 1800 we had the first billion, and 200 years later more than seven million, which influences everything that is happening in the oceans,” he said.

Large amounts of fish enter the Mediterranean from the Red Sea via the Suez Canal.

The Suez Canal has been around for many years, having been built in 1859, so what has changed? The canal has been widened in recent years, to facilitate increased traffic and an expansion of the shipping industry allowing for invasive species to travel with the ballast waters of the vessels.

Cyprus is their first destination as it is located far east in the Mediterranean. Large fish, that are arriving in ever increasing numbers, feed on the local corals, helped by two factors – the invaders have no natural predators here and due to climate change the sea is getting warmer, which is to their liking.

This has a huge impact on the coral reefs, which are among the planet’s richest ecosystems, providing shelter for countless species of fish, turtles and other marine life.

Corals are also sensitive, and die easily when disturbed, Hadjioannou noted. Tiny changes in temperature, nutrients and salinity affect them.

For example, a rise of about one degree Celsius in 2015 killed off 20 to 30 per cent of local corals, his research revealed.

The marine ecologist and director of Enalia Physis Environmental Centre and researcher at the Cyprus Marine and Maritime Institute has been studying the subject since 2010, working with senior researcher at Enalia Carlos Jimenez, a coral expert from Costa Rica with decades of experience, who initiated the project.

Drawing on their experience, the researchers have identified what are needed to save the corals.

Education is the most important issue to tackle. Even people who mean no harm may accidentally step on corals, they point out.

Plus, it is essential that humans make changes when it comes to all their harmful activities. A move towards sustainable tourism, attracting different kinds of people is a must. Instead of partying, diving should be promoted, they say.

This would help collect more information, which Jimenez and Hadjioannou say is crucial. Almost all divers now carry cameras and are therefore equipped to share photos of corals with researchers, which will help to determine how many are dead, sick or thriving, and the kinds of corals that exist in the island’s waters.

“Understanding the extent and severity of the coral bleaching and mortality in Cyprus is crucial to have a proper record of the locations affected and other details. Only with this information we will be able to understand and follow the progress of the event and thus concentrate our studies in the most affected areas.”

It can be great fun as well, Hadjioannou, a keen diver, emphasised.

“It’s always an exploration. Even if you jump in at the same spot a million times, every single time you see something new, something exciting, as long as you have the open mind to look at things in the right way.”