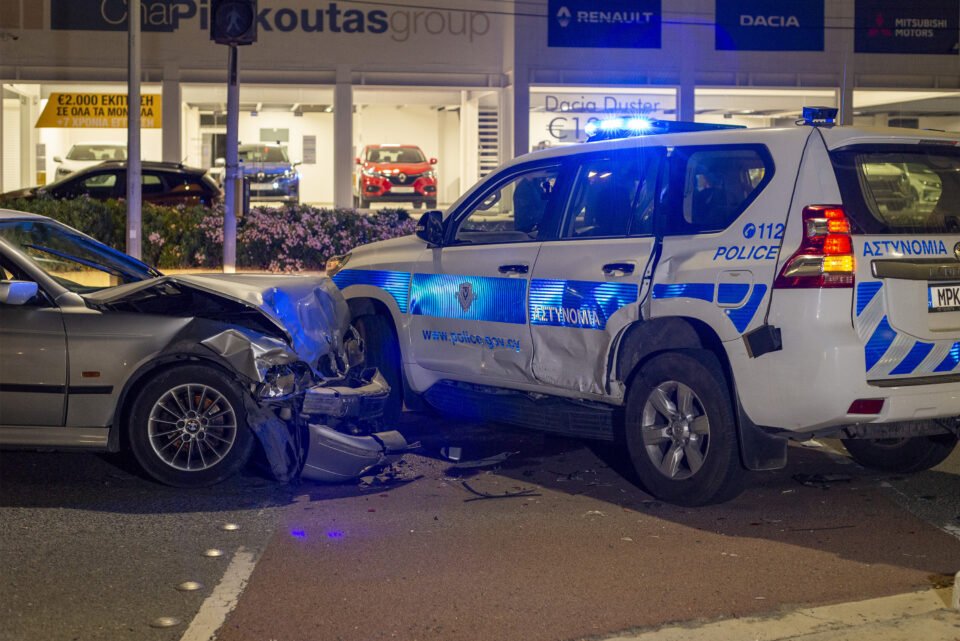 A 20-year-old man who is in danger of losing his leg and a 46-year-old man with multiple injuries are the victims of two road accidents which happened on Tuesday evening in Limassol.

Ael footballer Ryan Mmaee who was involved in one of the crashes had to be freed from his car but was not injured.

At 8.51pm, a car driven by a 47-year-old woman collided with a motorbike when she was trying to turn on Spyros Kyprianou avenue. The 20-year-old biker was badly injured while the motorbike was split in two.

The injured man, a resident of Limassol, was taken to Limassol hospital where doctors are trying to save his leg. He was wearing a helmet at the time of the accident.

A little later a car driven by a 27-year-old man collided with a police car nearby which had stopped traffic to facilitate investigations at the scene of the accident.

According to Limassol head of traffic police Michalis Michael the driver tested positive for drugs and alcohol and was arrested.

Another accident happened on Griva Digeni avenue in Limassol a few hours later.

23-year-old footballer Ryan Mmaee, a Belgian-born Morrocan playing for Ael, hit a vehicle coming from a side street into the main road, crashed into the window of a car dealer and injured a 46-year-old guard.

Mmaee had to be freed from his car by the fire service and was taken to hospital as a precaution but was not injured.

The guard who is in Limassol hospital is in serious condition and is being treated for multiple fractures.