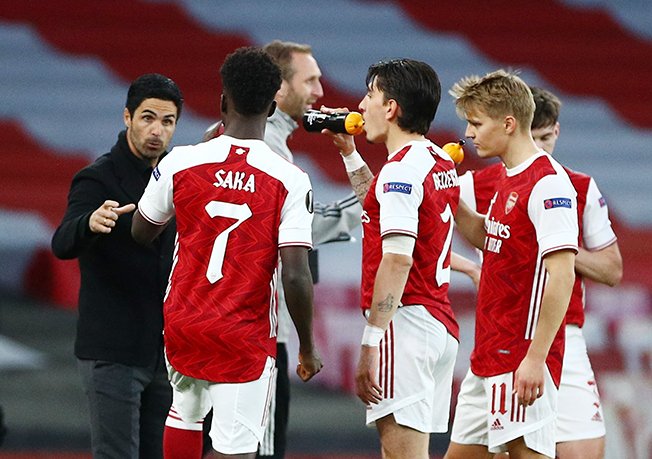 With Arsenal set to end the season without a major trophy and facing the possibilty of missing out on Europe for the first time in 25 years, manager Mikel Arteta said a few of his players did not give their all for the club.

Arsenal have only a slim chance of playing in the Europa League next season and need to make up a four-point gap with three games left to even qualify for the Europa Conference League, UEFA’s new third-tier competition.

Ahead of Wednesday’s game against London rivals Chelsea, Arteta was asked if he thought his players had given their maximum this season and he said a “majority of them” had but certain players had not.

When pressed on how he could change that, the Spaniard told reporters: “Finding a different way to do it, challenging them again, putting somebody next to them to try to push them again.”

The Spaniard added that some of his players were unable to develop further.

“Some of them can get to a certain level and you cannot push them any further,” he added. “You want to evolve them but it’s not possible.”