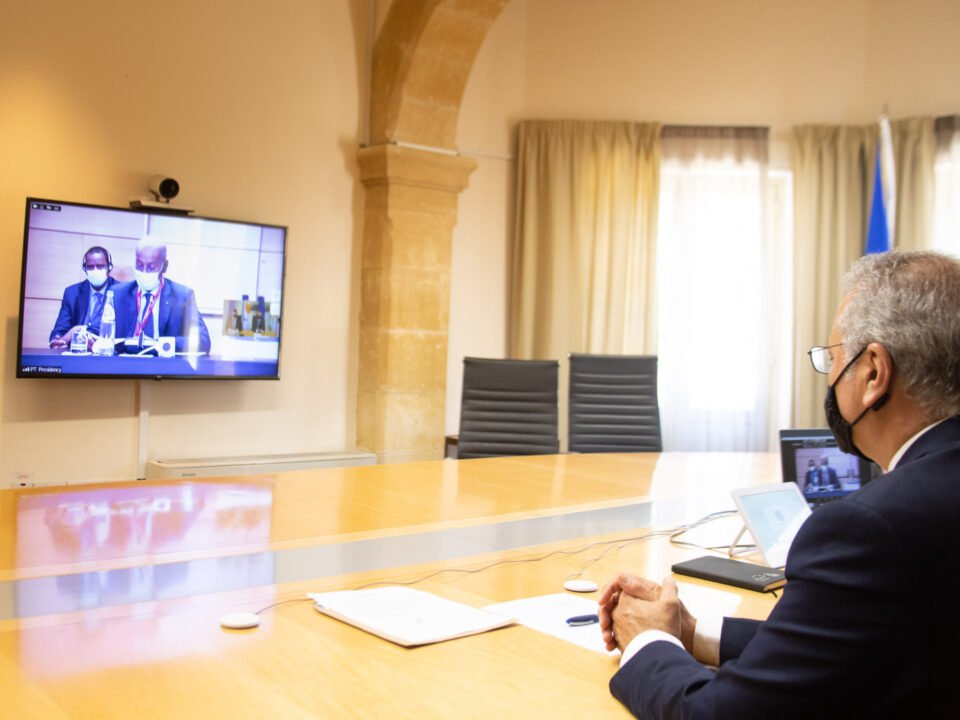 He made the remarks in an intervention on Tuesday at the Ministerial Conference on Migration Flow Management, organised under the Portuguese Presidency of the Council of the European Union.

The conference, in hybrid format, is one of the main initiatives of the Portuguese Presidency concerning migration and provides the opportunity for further political dialogue with the countries of North Africa.

In his intervention, Nouris said that to effectively manage irregular immigration flows from African countries, it is necessary for flexible policies to exist which will support these countries while agreements which will be based on agreed principles should be adhered to by all parties involved.

The minister said that there are many examples of third world countries which constructively cooperate to host beneficiaries of international protection and averting irregular flows to the EU. He reminded that Turkey, which receives financial assistance from the EU for this purpose, is not fulfilling its commitments to EU member states, including Cyprus, and continues to promote the illegal influx of migrants to EU external borders.

Nouris said it is very important for front line member states, which are facing a disproportionate influx of migrants, to give priority to short-term solutions that alleviate the pressures they are confronted with. That is why, he added, “we believe that the EU`s priorities for cooperation with third countries should focus on the effective return of third-country nationals, the fight against smuggling and surveillance of the EU`s external borders”.

He added that information campaigns supported by the UNHCR, Frontex and Easo are equally important as they warn third country nationals on the dangers of illegal immigration. These campaigns should aim at third world countries where the influx of migrants comes from.

How to upcycle a wire basket into a macramé carrier