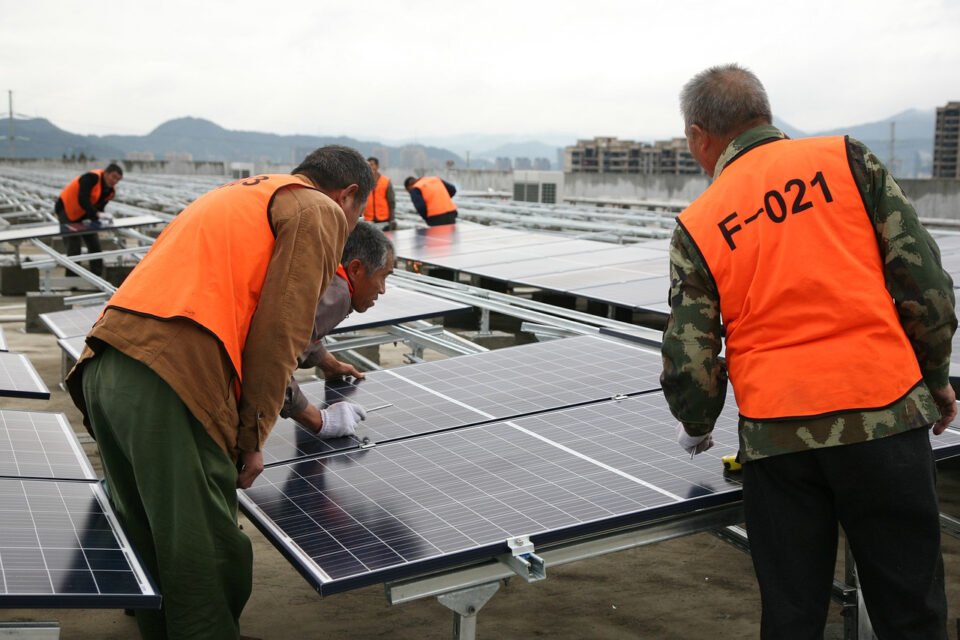 Many parties say installing more photovoltaics is a priority

In the lead up to the parliamentary elections on May 30, the Cyprus Mail’s weekly environment section has asked the main political parties for their policies on a wide range of green issues

What has your party done to tackle climate change?

The phenomenon of global warming in recent decades is completely linked to the unlimited exploitation of natural resources.

If we really want to tackle climate change then we need a real plan as well as a response from rich EU countries, who can allocate resources to the poorest countries to help tackle these changes.

We have submitted proposals for the reduction of emissions, such as the shift to renewable energy sources (RES), the use of public transport, the change in the way of consumption, etc.

The Democratic Party identified the problem of climate change early on and has conducted several workshops and initiatives on this issue. Cyprus and the Mediterranean basin in general are facing gradual desertification and continuous erosion of the lower coastline as a result of climate change. We are also concerned with the impunity and greed of the Turkish occupying forces, who have altered the morphology of the Pentadaktylos mountain range with extensive quarrying. At the same time, we believe that both the EU and Cyprus should increase financial resources to foster an environmentally conscious culture from childhood, through education.

About a year ago, the final National Plan for Energy and Climate for the period 2021-2030 was approved by the cabinet.

The goal is for Cyprus to reduce greenhouse gas emissions in line with European policies something that if achieved will have tangible benefits to the environment and the economy, as it will avoid extra costs in the form of emission allowances.

Tackling climate change is a long-term struggle, and Cyprus is taking practical steps by investing in renewable energy sources – whose contribution to energy, according to the latest data, reached 13.9 per cent. This involves an agreement between the education ministry and EAC with a budget of €9 million, which will see photovoltaic systems installed in 405 schools, adding onto the 114 that already have photovoltaic systems.

As a first step, we believe in correctly informing the public, and creating a culture of environmental consciousness. That is why on March 27, on the occasion of International Earth Day, we organised an event at Elefetheria Square, Nicosia when the lights of the square and municipal building were turned off from 8.00pm until 9.00pm. In addition, we have already succeeded in implementing two of our very important proposals that strengthen our effort:

We believe that we are already late in introducing horizontal policies to significantly impact and reduce the repercussions of climate change.

We lobby for more funds to be allocated in the budget and are trying to make the legislation stricter concerning development that directly or indirectly impacts our environment. We are trying to introduce EU directives as quickly as possible into our legislative framework, instead of last-minute changes that more often than not are not well thought out. We insist on a green budget presentation being introduced, as is demanded by the Paris Agreement.

The following should be done immediately:

We have prepared studies on the above issues and have submitted our suggestions, both to the House and to the competent state bodies

What is your policy when it comes to public areas, like parks and beaches, or designated protected areas, such as Akrotiri salt lake and Natura 2000 sites?

Our island’s natural wealth belongs to everyone, so the development of green spaces in cities and the preservation of our beaches is a requirement. Regarding the Natura 2000 sites, we have pointed out that Cyprus is among those countries that do not comply with obligations arising from EU law.

For the last eight years we have called on the Anastasiades-Disy government to act immediately, not only to prevent the country from being dragged to international courts, but to ensure substantial protection for the island’s habitat. We have registered these issues, as well as the issue of the Akamas management plan, with the House environment committee.

The vote against the bill on berths dealing with marinas is one of the many examples of Akel’s struggle inside and outside parliament for the preservation and protection of beaches, the coastline and the sea.

This issue is important to us and this is clearly reflected through our policies and actions inside and outside parliament, which show our support for local communities by promoting mild forms of development in combination with protecting biodiversity and natural wealth, both marine and terrestrial.

These policies are to be adopted through the mapping and analysis of existing problems, introducing substantive improvement measures concerning the sustainability of cities by promoting more green spaces and energy autonomy. Our guide is to protect the environment with absolute respect for the Natura 2000 zones.

As part of its environmental policy, Disy has presented bundles of proposals addressed to the executive through two different channels – through the Environment Institute and through our policy teams, specifically the Sustainable Development and Circular Economy Team.

Our environmental policy is comprehensive, something that is reflected in our vote in parliament. We need targeted measures to ensure the correct design and implementation of projects so that they can be successful in preserving precious natural habitats for the greater good.

The protection of these areas is a given and we are moving towards this goal inside and outside parliament. Our suggestion is that protected areas such as Akrotiri salt lake and Natura 2000 sites are watched by designated officers that will ensure the local flora and fauna are protected.

We support the full protection of public spaces and the need to expand the network of protected zones and areas, especially in the Akamas Peninsula and the adjacent areas to rivers, lakes, dams and the salt lakes in Limassol, Larnaca and Famagusta areas.

We need comprehensive action plans for protection and management of all protected areas.

Public spaces need to be true green spaces, not just in name.

We have aimed to change the legislation pertaining to the issuing of licences for development in protected areas. Some of our legislative proposals have been adopted (necessary requirements for people conducting environmental impact studies, stricter rules for development in Natura 2000 and Special Protected Areas) but many are still pending. These include protection of coastal zones, stricter monitoring of actual construction processes, more protection from tree felling, proposals for which regulatory authority will issue which licences and the restriction of supreme powers of the cabinet to approve projects that derogate from legislative requirements.

It is not enough for the state to simply add important areas to the Natura 2000 network. We believe that the state has an obligation to implement relevant management plans where they exist and create new ones where they don’t, as there is a serious risk of the destruction of these important areas.

At the same time, respect for nature and animals should be included in our educational system from a very young age.

We actively participate through our MP Michalis Giorgallas, who is the deputy chairman of the House agriculture committee, and a member of the House environment committee along with MP Roulla Georgiadou.

Away from the limelight, our members participate in forest and beach clean-ups, tree planting and adoption of parks and green spaces.

What is your party doing about land, sea and air pollution?

Among our priorities are:

Akel’s main goal is to strengthen the legislation on clean air, while reviewing urban planning. Legislation must:

The Democratic Party, either through environmental actions such as tree planting and the cleaning of parks and beaches, or through legislative initiatives, promotes policies that reduce environmental pollution.

Through the European Green New Deal (GND) we aim to limit sources of pollution and strengthen policies around sustainability and the circular economy through appropriate investments in technology, entrepreneurship and innovation. Through improving institutions and control systems we can also reduce our national environmental footprint.

To this end we have announced the planting of one million trees around Cyprus, as a symbolic gesture. We have proceeded with the reforestation of the Kornos-Kakorajia area by planting 1500-2000 trees, and in collaboration with the agriculture and education ministries and the forestry department, we donated a sapling for each primary school student to plant, either at school or at home.

In addition to the two proposals for the installation of photovoltaic systems that have already been implemented, we estimate that pollution will be reduced by the following:

We have introduced legislative proposals for all these issues. Waste management, increase in budget allocations for better monitoring and protection. We have been lobbying for the introduction of universal recycling for decades, and for the Pay as you Throw system, and it finally is being discussed in parliament. We have been trying to introduce better legislative requirements for air and noise pollution, but they are not being pushed through.

Encouraging and training farmers to minimise the use of nitrogen fertilisers and replace them with natural substitutes (compost).

As a movement we have given proposals to the competent ministry to limit and prevent excess industrial emissions and emissions from vehicles.

Next week – the parties’ energy and transport policies