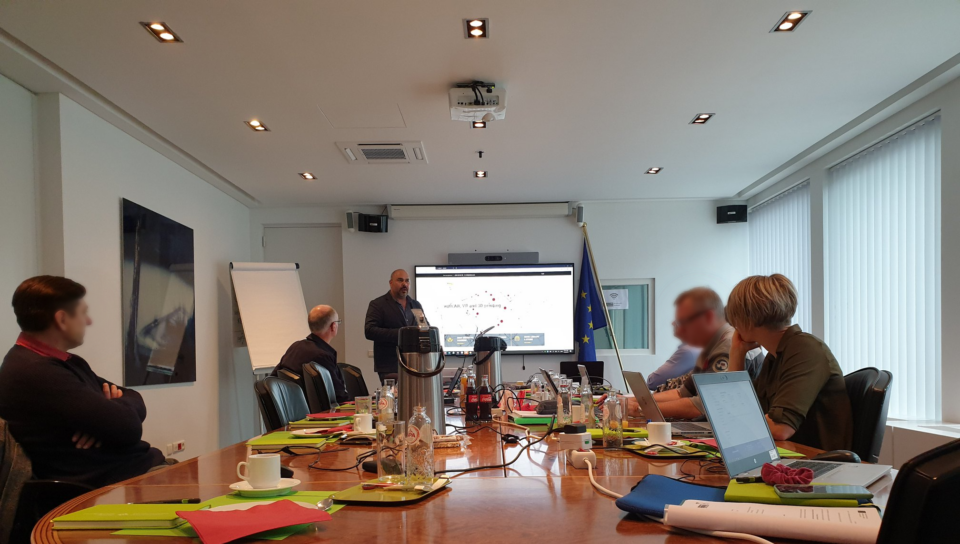 Sotiris Pafitis teaching a class at the School of Certified Professionals (SCP), a vocational training centre based in Limassol.

The move to remote working in the pandemic has raised the bar in technical skills at many companies in Cyprus. But what about workers? How can they keep up?

As workers adjusted to remote working, companies began demanding more value in terms of technical skills. Now these skills have become a prerequisite for getting or keeping many jobs.

“I feel there will be a noticeable skills gap after the pandemic is truly behind us. I am especially worried about people of a more advanced age and them being possibly lagging behind,” said Sotiris Pafitis, the founder and CEO of the School of Certified Professionals (SCP), a vocational training centre based in Limassol.

“We have observed that various sectors have started utilising technology in more advanced ways than before, even in sectors which you wouldn’t traditionally associate with certain practices, such as basic programming language skills, machine learning and more, Pafitis noted.

“Some people have been unemployed for one year now and some perhaps for a longer time. When businesses are in a position to escalate their hiring again, these people will return to a changed market, with certain skills now being a minimum requirement rather than optional,” he added.

Another market trend that Pafitis has observed through his role in and involvement in the market is the decline of the generalist, more vaguely-defined professional in the world of technology.

“We are now seeing that even within the information technology industry there is increased specialisation, more than ever before. In past decades, you tended to get a Computer Science degree and roles were general enough that the degree itself corresponded to them in a fairly obvious manner. Now, however, there is an increased demand for more niche skills,” said Pafitis.

“Even when it comes to vendor-issued professional qualifications, there is now a tendency to to create role-based training programmes and certificates. So now the market has expanded so much and organisational digitisation plans are so profound that there are more opportunities for unique and specialised skills,” he added.

The pandemic posed a major hindrance to education, with students of all ages having to contend with remote learning during periods with more severe measures in place. Pafitis explained how SCP quickly adapted to this new reality and how it tried to mitigate any drawbacks through more innovative means.

“We can safely say that hybrid training (a mixture of in-class teaching and remote learning) is here to stay. You can never fully do without the classroom experience and we both acknowledge and respect that,” Pafitis said.

“But that doesn’t mean we aren’t always looking for ways to enhance the remote learning experience. We have been collaborating with international universities in a joint effort to explore how to integrate Virtual Reality (VR) and Augmented Reality (AR) into our teaching. This has resulted in the creation of various teaching scenarios that utilize VR and AR,” he added.

“With VR integrated into the remote lesson, the learning process becomes more engaging, triggering more of the student’s senses. We have tested this and it’s proven to be more rewarding and engaging for the student, while at the same time making the material more memorable and easier to absorb”, Pafitis explained.

While Virtual Reality is heavily linked to more advanced technology, its uses and value are more expansive and practical than that.

“There are also some VR scenarios where the student learns more practical actions, despite them practicing them in a 3D environment,” said Pafitis.

“So, while this doesn’t involve digital skills per se, it still utilises technology to teach non-digital skills. One example is painting, which is a marketable, unique skill. Through VR, students can learn the basic actions and practices in painting through repetition-based training before they move onto real-world practice.”