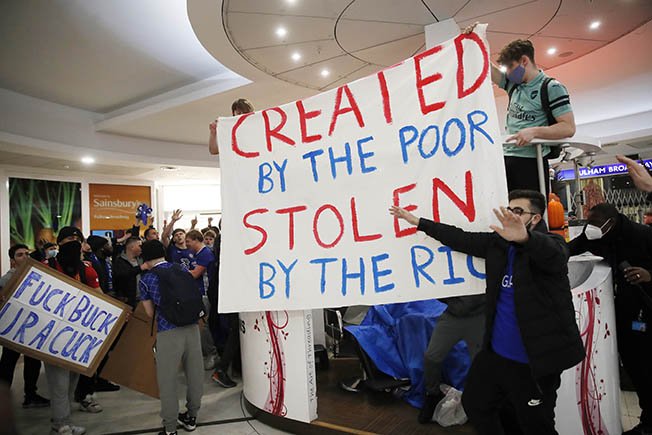 The Super League was announced by 12 founding clubs but collapsed less than 48 hours after it was launched following an outcry by fans, governments, players and managers

A Madrid court has asked the European Court of Justice to establish if FIFA and UEFA, the world and continental soccer governing bodies, are breaching EU competition law by preventing clubs from creating a breakaway European Super League.

The commerical court in Madrid has also asked Europe’s top court if FIFA and UEFA are able to impose restrictions or penalties on clubs who remain part of the planned competition.

The Super League was announced last month by 12 founding clubs but collapsed less than 48 hours after it was launched following an outcry by fans, governments, players and managers.

Each of the clubs also signed a commitment declaration with the continental governing body last week.

However, three of the founders – Real Madrid, Barcelona and Juventus – have not distanced themselves from the project.

UEFA on Wednesday announced it had appointed disciplinary inspectors to conduct an investigation into whether the three clubs had violated UEFA’s legal framework.

The Madrid court, which last month passed a holding order that FIFA, UEFA and all its associated federations must not adopt “any measure that prohibits, restricts, limits or conditions in any way” the Super League, has asked the EU’s highest court to rule on the matter.

The court document, released on Thursday, mainly centres around Articles 101 and 102 of the Treaty on the Functioning of the European Union.

Article 101 prohibits cartels and other agreements which could disrupt free competition in the bloc, while 102 prevents undertakings who hold a dominant position in a market from abusing that position.

The document also asks the EU court to rule if FIFA and UEFA dictating to an economic operator from a member state constitutes a breach of multiple other articles.