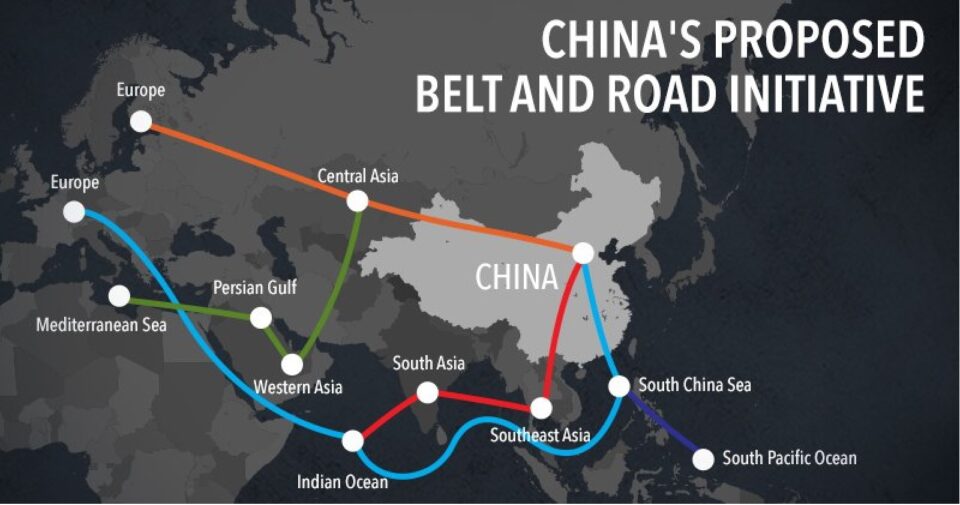 Turkey and China have managed to further develop and diversify their growing trade relationship despite the Covid-19 pandemic as they celebrate the 50th anniversary of diplomatic ties this year.

The two countries established diplomatic relations in 1971, and since then, their ties have intensified on political, cultural, and economic levels.

Their trade volume is around $24 billion as of 2020, and despite the pandemic, China and Turkey boosted their commercial ties and transactions significantly, according to experts.

The China-Turkey trade volume increased by 44 per cent in the first three months of 2021, reaching $8 billion, the Turkish Statistical Institute data revealed.

Observers agreed that the China-proposed Belt and Road Initiative (BRI), which was kicked off to create a global infrastructure and transportation network, made it easier to export to China by freight trains.

A railroad from Istanbul covering a distance of 8,693 kilometers across Turkey, Georgia, Azerbaijan, the Caspian Sea, and Kazakhstan to reach the Chinese city of Xi’an is operational since the end of 2020.

The cargo transportation time between Turkey and China decreased to 12 days from one month, a breakthrough in commercial understanding, as it slashes costs, Hasan Safak, director-general of the Istanbul-based transport firm Fevzi Gandur Logistics, told Xinhua.

Safak also pointed out that freight train trade needs time to reach full commercial maturity. “I believe that over time this alternative to maritime transportation will gain momentum,” he said.

Safak praised the Chinese government’s economic and production policies, calling them “very efficient” at a time when global trade is gaining pace as vaccination programs in major economic players are showing positive results in the fight against Covid-19.

“In the coming period, China is bound to be a global production hub,” he noted.

In the past decade, China and Turkey have diversified their trade, as China is exporting more high technology goods while Turkey is exporting food products to China.

Experts believed that the BRI project will change the economic landscape in the region and beyond.

“Turkey is participating in this initiative with the Middle Corridor project. And in the past several months, we have seen a boost of trade towards and from China,” Selcuk Colakoglu, an expert on China and director of the Turkish Center for Asia-Pacific Studies, told Xinhua.

The professor of international relations said that trade cooperation between Ankara and Beijing is on the upward trend and that China is also addressing the problem of Turkey’s deficit in the bilateral trade volume.

“The trade balance is very much in favor of China, which is a problem from Turkey’s point of view. However, China is actively inviting Turkish firms to participate in trade fairs and expos that it hosts to promote Turkish consumer goods to the Chinese market,” he said.

“This has to be hailed as it aims to narrow Turkey’s trade deficit,” Colakoglu added.

Despite the negative impact of the pandemic on global trade, major Chinese smartphone manufacturers such as Xiaomi, Oppo, and Vivo have made direct investments in Turkey in the past year, launching production in Istanbul, Turkey’s financial hub.

Trendyol, one of Turkey’s best-known e-commerce platforms, has drawn backing from foreign investors and holds a leading position in the country’s e-commerce market. Enditem

Cyprus can replicate NPL offensive in Italy with ‘bad bank’