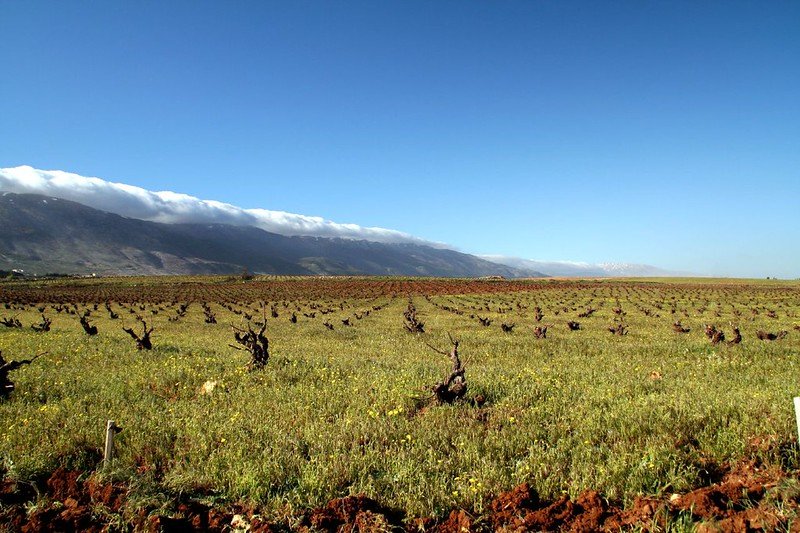 Lebanon at this time is “a basket of fruit,” but now much of it will die on the vine or be sold for animal food, complains the head of the Bekaa Valley Farmer Syndicate Ibrahim Tarshishy.

On April 23, Saudi Arabia closed its borders to shipments of fruit from Lebanon, after a recent shipment of pomegranates from Lebanon were found to be stuffed with more than 5 million captagon tablets.

“Narco-trafficking will remain a concern as Lebanon’s state and economic system progressively collapse,” warns a report by the Center for Operational Analysis and Research (COAR), a political risk consultancy.

About one quarter of Lebanon’s fruit and vegetable produce goes to Saudi Arabia, according to Tarshishy, about 100,000 tons. The harvest is already underway for fruit which as an export can earn desperately needed hard currency. A collapse in the Lebanese pound means farmers have greater need than ever for dollars to buy supplies and pay bills.

That Saudi market for exports and transit, worth $24 million a year, has been shut down for now, leaving farmers and exporters racing to find alternative buyers abroad, Reuters reported.

Despite protests from the Lebanese caretaker government, and actions to improve border security, the Kingdom has not wavered an iota in its determination to shut out Lebanese produce.

The hard line from Riyadh may be explained by the fact that about three-quarters of drug addicts in Saudi Arabia are on captagon, according to research published in the review Basic Clinical Pharmacology and Toxicology.

In the past year, Saudi customs agents have found 54 million captagon pills – an amphetamine popular with fighters across the Middle East as well as wealthy young men in the Gulf – in grapes, apples and potatoes shipped from Lebanon to the Red Sea port of Jeddah, according to the COAR report.

“The eradication of Captagon manufacturing in Europe drove production to fragile states closer to the recreational drug’s primary consumer markets in the Arabian Peninsula — prolific consumers of Captagon are in the Gulf nations of Saudi Arabia, Qatar, and the United Arab Emirates.  In Lebanon, where a weak central state had limited control and was incapable of enforcing anti-trafficking measures, a Captagon industry rapidly expanded in the mid-2000s,” the report notes.

Today, an active drug trade exists in northwest Syria, which serves as a market for drugs produced in Government-held territory, particularly along the Syria-Lebanon border.

“Lebanon has long been a key waypoint in the Captagon trade, with the country home to significant trafficking routes for years. Lebanon serves as a connection with Syria, and from there to Jordan and the Gulf via overland routes, and provides access to the sea for illicit shipments,” the report continues.

Equally important is the chronic instability that has plagued Lebanon during the civil conflicts of the past 40 years.

“The proliferation of existing smuggling routes and the high degree of control exercised by Hezbollah, in place of Lebanese or Syrian state authorities, are key factors that have allowed illicit economies including narcotics to leapfrog the border in response to changing local dynamics. In the case of Lebanon, economic drivers are increasing the attractiveness of the drug trade,” the report points out.

According to a report by the OCCRP, the power driving this illicit trade is the family network of Syria President Bashar Al-Assad.

Samer Kamal Assad, the president’s paternal cousin, is presumed to be running one of many captagon factories in the village of al-Basa, south of Latakia.

This was confirmed to OCCRP by sources familiar with the country’s maritime industry, political establishment and business community, except they pointed to another factory he runs in the Upper Qalamoun Mountains, on Syria’s western border with Lebanon.

Assad is reportedly profiting from corruption within the Lebanese security forces.

A  former Lebanese law enforcement official who asked not to be named told the Financial Times that  corruption inside the security forces makes it difficult to combat the illicit narcotics trade.

“Corruption is so high,” the former official said. “It’s Escobar,” he added, referring to the infamous Colombian drug lord.