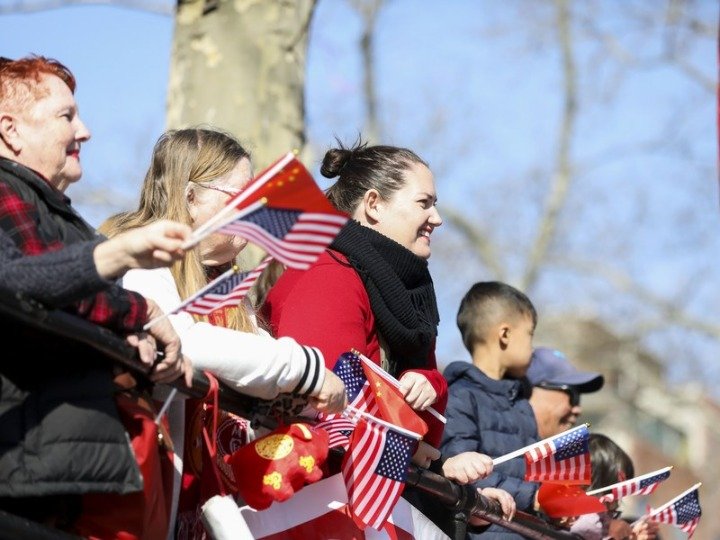 The United States and China need to resume collaboration and find ways to dial down the temperature as the two countries are interdependent and connected, said Gary Locke, former U.S. ambassador to China.

Locke, also chairman of Committee of 100, a non-profit organization of prominent Chinese Americans, made the remarks at a virtual media roundtable on the sidelines of a virtual conference on U.S.-China relations held by the committee that ended on Wednesday.

Locke said there are many opportunities for bilateral collaboration which have stopped during the Trump administration.

For the benefit of the world, the United States and China must strive to find common ground to work together because so many of the issues facing the world cannot be solved by the United States or by China alone, said Locke in his opening remarks at the conference.

“Indeed, the world is looking to both the United States and China working together to solve some of the toughest problems facing our planet from halting climate change, defining cures to some of the most dreaded diseases, to preventing the spread of nuclear weapons to fighting global terrorism,” Locke said.

“Despite current tensions, the United States and China have simply become too interdependent and connected to withdraw from each other or to engage in any kind of prolonged conflict,” he said.

During this difficult time when it may be more newsworthy to emphasize tensions and differences in the U.S.-China relationship, “we must find ways to dial down the temperature to reduce provocative or inflammatory rhetoric,” he said, adding “I think you will see willingness on both sides to find those areas of common interest and to work on it.”

However, the former ambassador also acknowledged that “we should not expect anything to change in terms of U.S.-China relations immediately,” as the Biden administration is looking at issue by issue.

He noted that there are deep-seated, very serious and complex concerns between the United States and China, which will not be easily managed or resolved.

Locke served as the 10th U.S. ambassador to China from 2011 to 2014 and once worked as secretary of commerce and governor of Washington State