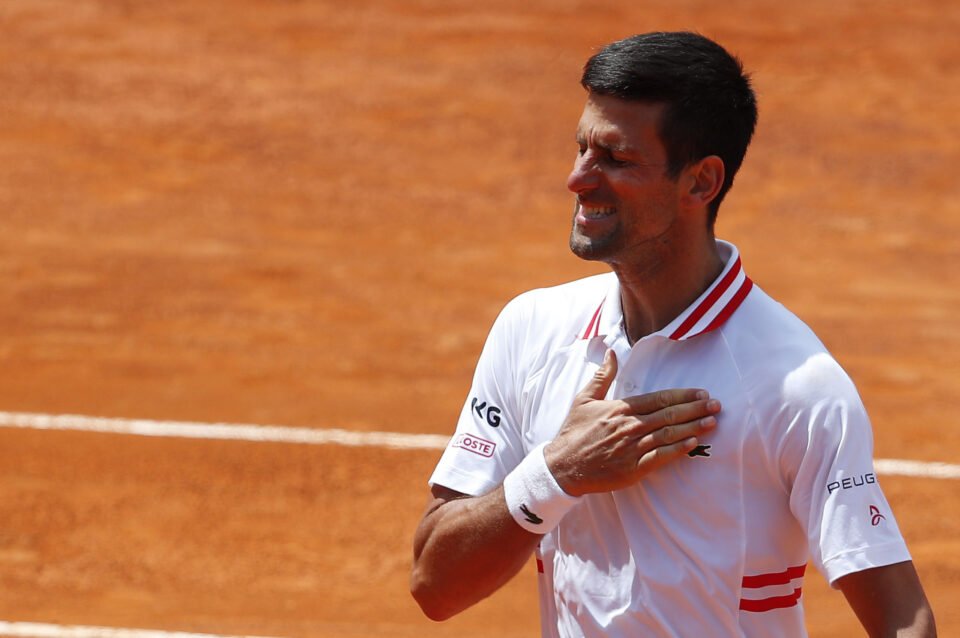 Novak Djokovic rallied from the brink of defeat to beat Stefanos Tsitsipas and reach the semi-finals of the Italian Open in Rome.

Rain had curtailed their clash on Friday with Djokovic a set and a break behind, but despite also twice going a break down in the decider, the world number one rallied for a 4-6 7-5 7-5 victory.

Tsitsipas had good cause to be confident as he resumed 2-1 in front on Saturday morning, but Djokovic broke back in the eighth game to level the set at 4-4.

The Serb was still clearly struggling on his serve and had to fend off three break points in the following game, before going on to claim the decisive break himself and level the match at one set all.

Djokovic’s frustrations continued in the decider as he was broken in the third game of the set, and he subsequently received a warning for slamming his racket into the court surface.

Tsitsipas consolidated his break only for a backhand error to gift Djokovic parity in the sixth game of the set, but the Greek missed his chance when he broke his opponent again and failed to serve out for the match at 5-4.

Instead it was the favourite who seized his second chance, breaking his opponent twice in succession to book his place in the tournament’s last four for the 12th time.