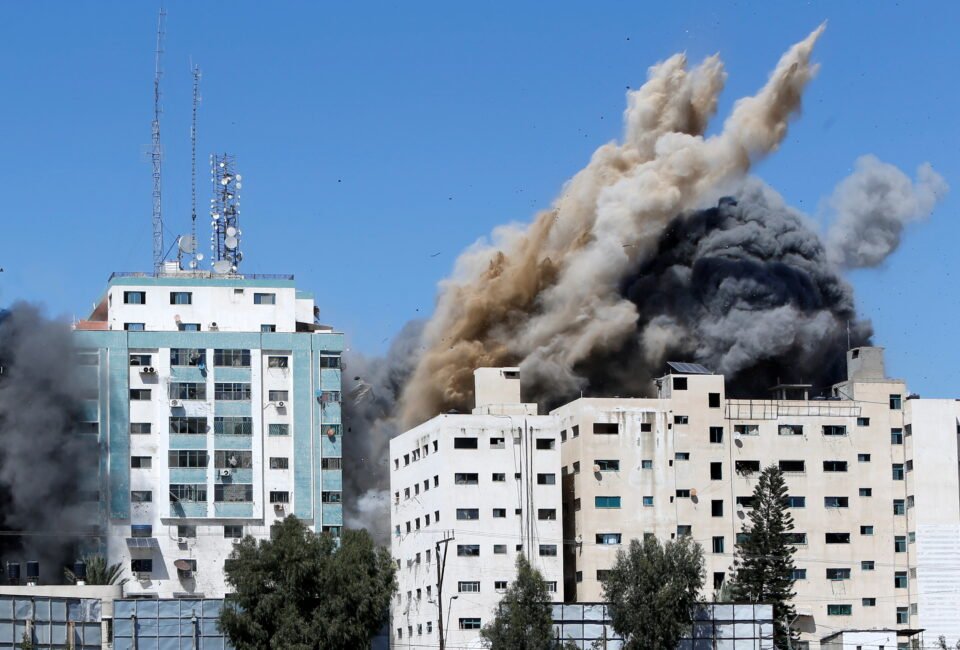 A Gaza tower block housing the offices of the Associated Press and Al Jazeera collapsed on Saturday after being struck by Israeli missiles, a Reuters witness said.

The building also contained a number of apartments and other offices.