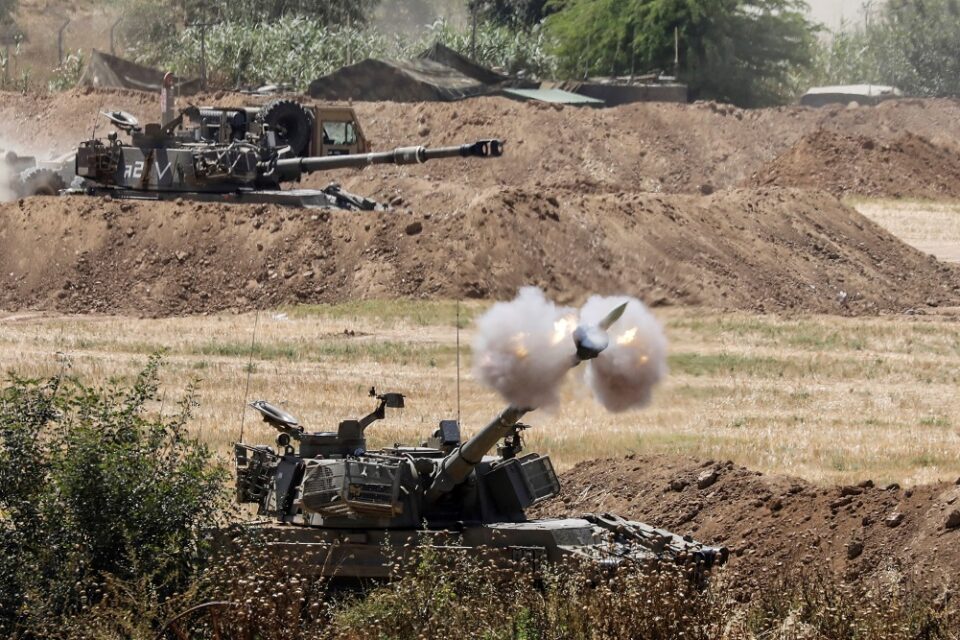 An Israeli military artillery unit fires a shell, as seen from the Israeli side of the border with the Gaza Strip. REUTERS/Baz Ratner

Egypt has opened the Rafah border crossing a day earlier than planned to allow the passage from Gaza of students, people needing medical treatment and other humanitarian cases, two sources at the border told Reuters on Sunday.

A security source said that by 1 pm three buses carrying 263 people had crossed the border, which had been closed for the Eid al-Fitr holiday and was due to reopen on Monday.

Even before Sunday’s reopening, Egypt had been picking up people wounded in Israeli bombardments at the crossing. Egypt has so far sent 16 ambulances to pick up casualties, most of whom had suffered serious injuries that required immediate surgical procedures, medical sources said.

A medical committee was present at the border crossing to triage the casualties as they arrived and allocate them across three designated hospitals, the medical sources added.

The past week has seen the worst outbreak of Israeli-Palestinian violence in years. Islamist militant group Hamas began firing rockets into Israel on Monday, after weeks of tensions. Israel has retaliated with air and artillery strikes into densely populated Gaza.

The death toll in Gaza overnight jumped to 181, including 47 children. Ten people have been killed in Israel, including two children.

Grace on eight wheels: the glide-by life of quad roller-skating