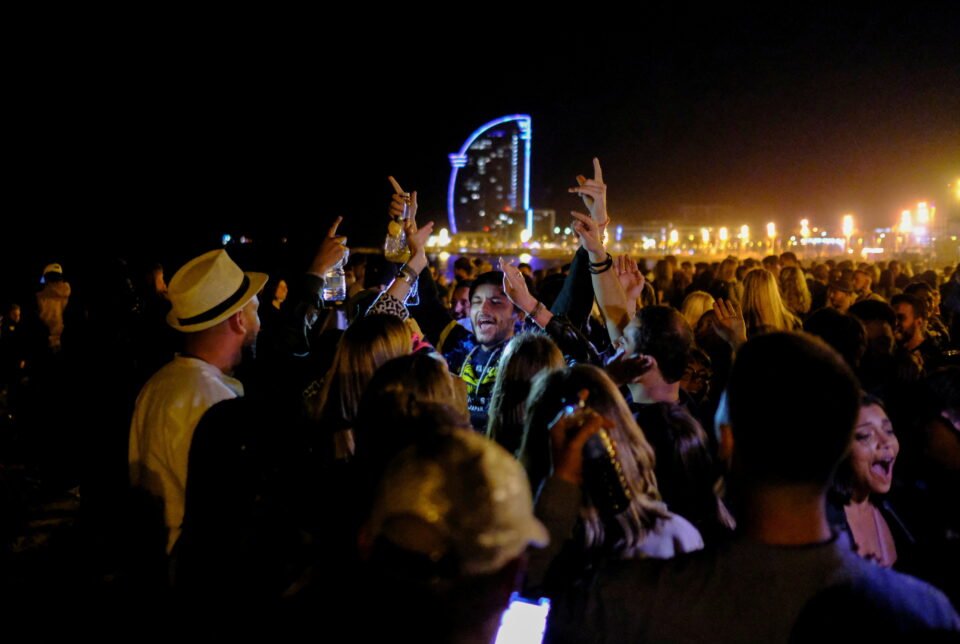 People dance at the Barceloneta beach, as the state of emergency decreed by the Spanish Government to prevent the spread of the coronavirus (COVID-19) was lifted a week ago in Barcelona, Spain, May 16, 2021. REUTERS/Nacho Doce

Spanish police said they cleared 9,000 revellers from Barcelona’s city centre streets and the nearby beach on Sunday to prevent dangerous overcrowding on the first full weekend after COVID-19 restrictions were lifted.

Many in the crowd had taken part in mass drinking sessions known as “botellones”, police said.

“I know what it means to have lived with lots of restrictions and that need to go out, but I ask you to do it carefully, to enjoy yourself, but to be very careful and to continue to respect security measures,” Rodríguez Uribes said.

The government lifted a six-month state of emergency on May 9 at midnight (2200 GMT), so this was the first chance for revellers to party throughout the weekend.

There are still some restrictions in place. In Catalonia whose capital is Barcelona, bars and restaurants are open from 7 a.m. until 11 p.m. and the maximum number of people allowed at tables is four.

With no more curbs on moving around the country, many Spaniards took a mini-break over the weekend.

Traffic authorities reported a 42% rise in cars leaving major cities on Friday compared with the same time the previous week. Tourist chiefs in the southeastern resort of Benidorm said hotel bookings were at 60%.

One of Europe’s worst-hit nations, Spain has recorded 79,339 coronavirus deaths and 3.6 million cases, according to health ministry data on Friday. But infection rates have fallen and nearly a third of the population has had at least one vaccination dose.