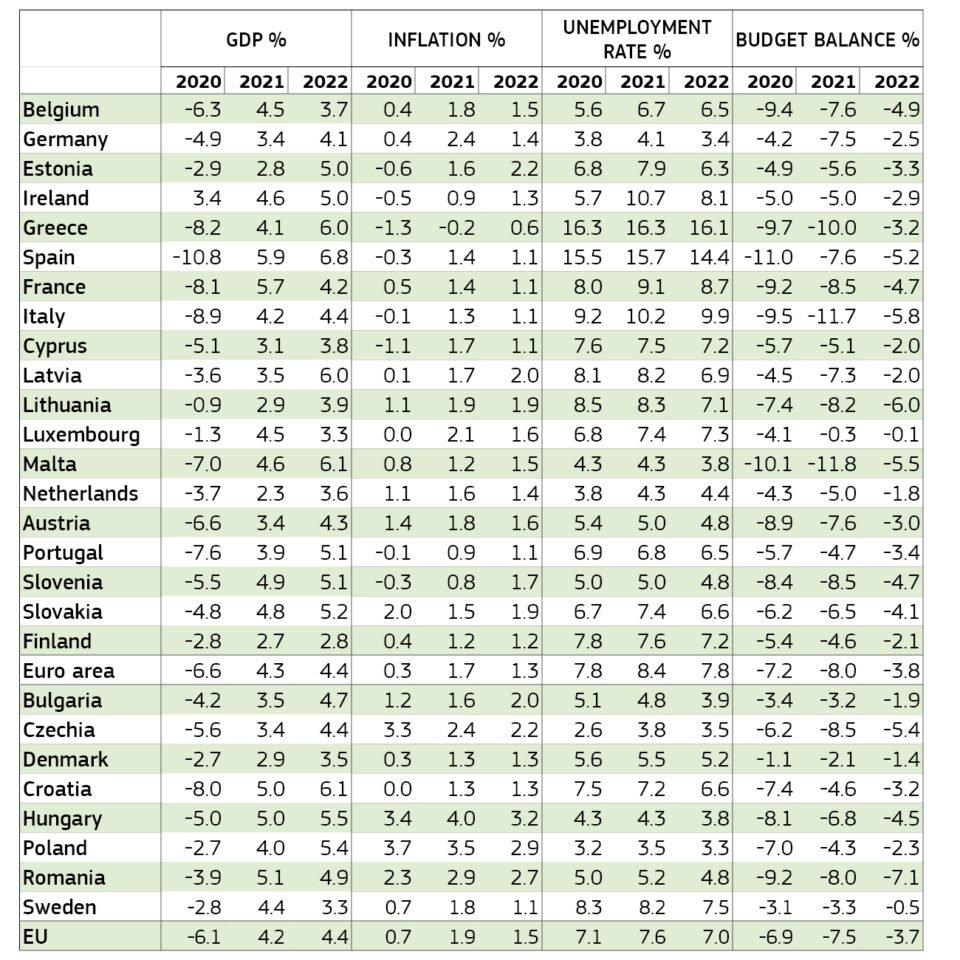 An unexpected rise in inflation in the US has pundits yapping across the globe about the dangers of inflation.

Consumer prices in the US rose 4 per cent on an annualised basis in April. The reaction has been somewhat over-dramatic:

“We’ve been warning about the prospect of higher for longer inflation in the US for many months,” write analysts at ING. “Inflation is likely to head even higher over the next couple of months as price levels in a vibrant, strengthening economy that has supply constraints, contrast starkly with those of twelve months ago when the economy was in lockdown and prices were being slashed in order to generate cashflow. Rising commodity and freight charges, combined with supply chain disruption and component shortages have obviously put up costs.”

There is a political motive to all this brou-ha-ha. Most countries have been spending lots of government funds on supporting business and households throughout the pandemic, and conservatives don’t like to see this. They have, therefore, been warning us for months that a surge in inflation is on the way to destroy the nascent economic recovery.

This is in line with classic economic theory: Increase the supply of liquidity and rising inflation follows.

For a number of reasons, however, there is little danger that inflation will jump in Cyprus, or in the EU as a whole.

The forecast by the EU Commission for Cyprus inflation is as follows:

“Headline inflation is forecast to return to positive territory in 2021, at 1.7 per cent, up from -1.1 per cent in 2019. This is expected to be mainly driven by higher energy prices as well as higher prices of services and non-energy industrial goods. Inflation is expected to moderate to 1.1 per cent in 2022,” according to the European Economic Forecast for Spring 2021.

First of all, Europeans are less likely to lurch into binge-spending than are consumes in the US, although the UK is expected to behave differently.

Ben May, an economist at Oxford Economics, does not expect all the forced savings to be spent quickly, playing down concerns around pent-up demand.

“Most of the savings have been accrued by high-income earners who typically have a low marginal propensity to spend. Also, some of the involuntary savings buildup will have been by households that had previously saved too little. These households may prefer to hold onto their excess savings or pay down debt over going on a spending binge,” he wrote in a note to clients.

There is also not likely to be massive increases in wages in Europe. Wage increases have been a major driver of US inflation.

“Even as inflation picks up this year, additional labour market slack, weak past inflation and a focus on jobs protection at the expense of pay increases all mean that eurozone wage growth will remain subdued,” said Jessica Hinds from Capital Economics. “This should reassure the ECB that the labour market will not be a source of inflationary pressure.”

“The US economy is not only on the receiving end of a much larger dose of stimulus than the eurozone, but it also has less space to absorb that stimulus without generating inflationary pressures,” Neil Shearing, chief economist at Capital Economics, said in a note to clients.

Then, there is the issue of energy prices. Oil has gone way up over the past month, as the vaccine-rollout recovery seems to be progressing around the world, and energy has been a primary component of the jump in US inflation.

Energy will also be a main driver of the rise in inflation in Europe, expected to be announced next week. But it will not drive as far as in the US.

“Inflation should speed up to 1.7 per cent for the euro zone. CPI inflation in each economy is being pushed up via the energy component. Oil and fuel prices in particular are behind the rapid acceleration in the inflation rate,” the Capital Economics report says.

What’s more, analysts see the price of oil steadying over the course of the year.

The analysts now see Brent averaging $66 per barrel this year, up from the forecast of $64 per barrel made in the group’s previous oil price report, which was released back in March.

“The forecast implies a rest of year average of around $68 per barrel, broadly flat from spot,” the analysts stated in the May report, which was sent to Rigzone on Thursday.”

Demand for oil is growing, but the uncertainty around the vaccine rollout and emergence from the pandemic remains too fraught for traders to push the price higher.

The European Central Bank is also not worried about the recent jumps in inflation.

President Christine Lagarde has said the bank will not respond to inflation “blips,” as prices rise in the euro area.

The ECB has struggled to achieve its inflation target of close to, but below, 2 per cent over the past few years, which has been exacerbated by the coronavirus pandemic.

“We are not going to be focused on blips, on not sustainable moves and I think we need to warn ourselves together about the fact that we will see inflation numbers go up in the course of (20)21,” Lagarde said.

“We cannot confuse the forest for the trees. A short-term inflation movement that is related to temporary factors of a transitory nature should not precipitate any particular move, quite to the contrary. So, we are not playing catch up at all. We are actually trying to prevent that yields step ahead of economic developments,” Lagarde concluded.