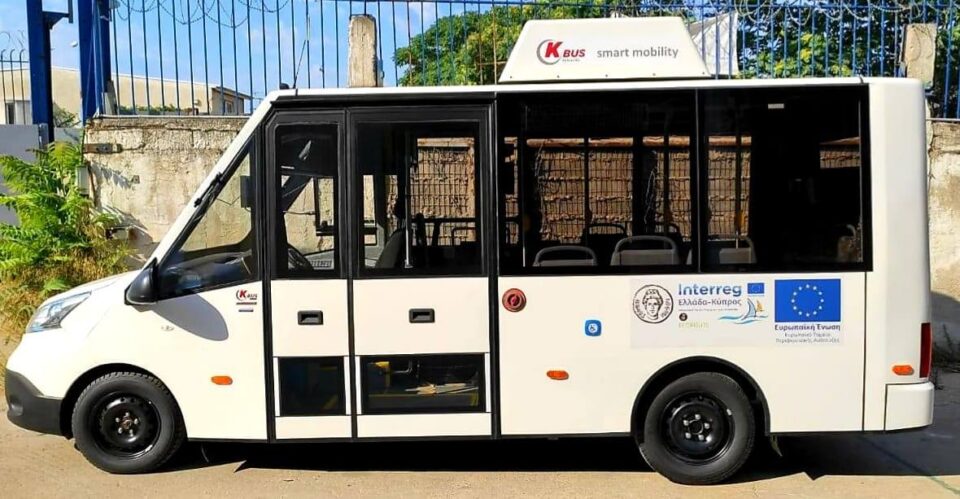 People in the Paphos city centre and Kato Paphos can now use the municipality’s fully electric minibus on two routes free of charge.

The upgrade to the town’s public transport service is part of an initiative carried out by the municipality of Paphos aimed at increasing sustainable urban development and the protection of the environment.

People can obtain real-time information, including arrival and departure times of the minibus, on the Explore Paphos app, available on the App Store and on Google Play.

The electric minibus is the first of its kind in Cyprus and was purchased by the Paphos municipality within the framework of the ECORouTs project, which was partly funded by the EU and aims at reducing the environmental footprint of public transport in urban areas with significant air pollution.

At present, such vehicles are charged by hooking up to EAC charging stations, but the aim is for Paphos to be the first municipality to acquire a photo-voltaic charging station, so that “not a single litre of fuel is burned to move it, meaning that ‘bus traffic’ can aim to be totally green”.

The bus will run on special ‘green routes’ chosen to highlight the town’s cultural and historical monuments. It will be free to the public, locals and tourists and will pass through the main streets and attractions of Paphos old town, as well as the archaeological sites of Kato Paphos.

What progressive sleep deprivation does to your body