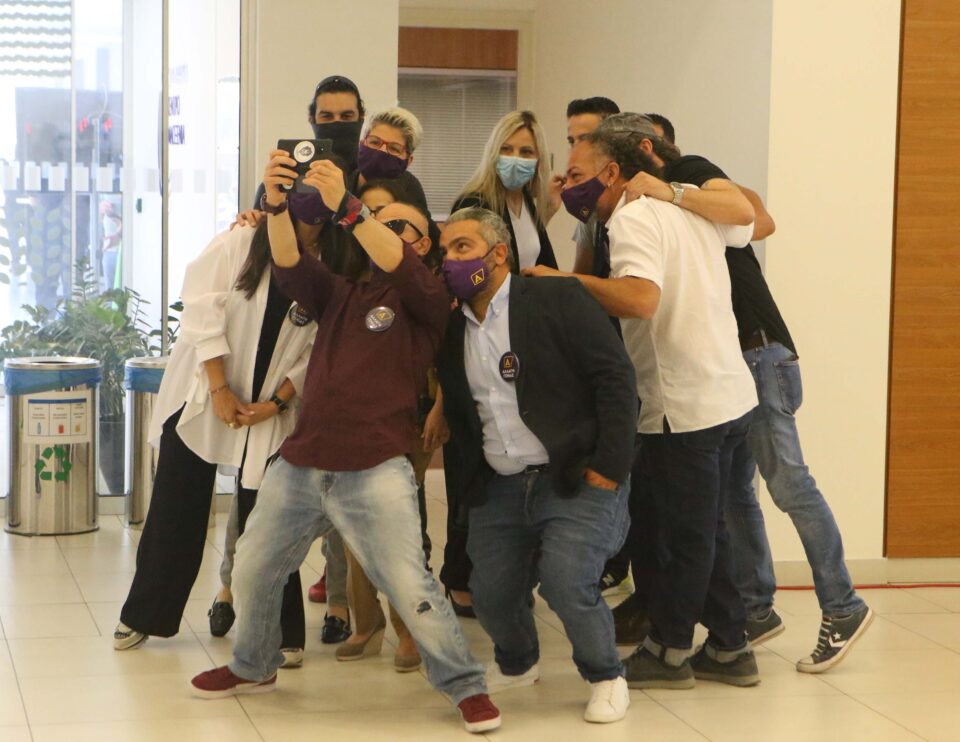 The seven traditional parties were represented in the last parliament. The eighth, Citizens’ Alliance, with its leader and only representative Giorgos Lillikas having retired from politics, has been merged with Edek, given their identical positions on the Cyprus problem and on strengthening relations with the Russian Federation.

The Animal Party Cyprus took 4,088 votes (1.16 per cent) in 2016 and People’s Breath 3,072 (0.87 per cent), both hoping for a stronger showing this time although there is more competition. Two more single-issue parties are the Active Citizens-Movement of United Cypriot Hunters grouping and Afypnisis (Awake) 2020 which consists of disaffected bank bondholders.

Afypnisis 2020 was established by the bondholders who lost their investments in bank bonds in 2013 and whose demands for compensation fell on deaf ears. Although some parties tried to take them under their wing, the bondholders decided none could be trusted and the only way to try to recover their losses was by setting up their own grouping.

As one of their candidates, Savvas Yiallourides said in a television interview, “there is a para-state and gang, chained together, made of politicians, judges and bankers.” Afypnisi, he said was a case of the “citizens standing against a rotten politico-economic system”.

The two other single-issue groupings, the Animal Party and the Movement of the United Cypriot Hunters seem set for a confrontation over hunting. The Animal Party, which could be described as a second green party, says “No, to all forms of hunting,” stressing that “We are against the slaughtering of animals,” although it was not evident from their website that it supports vegetarianism.

The president of Hunters, Nicholas Prodromou, has spoken of “an invisible but existing enemy, who in the last few years has made it his aim to terminate all hunting activity, not only in Cyprus but the whole of Europe.” This enemy is found “in the government machinery, key post at several ministries, in the mass media and many parties”.

As one of their aims, the Hunters, who had joined forces with the Active Citizens, have set “the qualitative upgrading of the Cypriot hunter and the safeguarding of hunting activities.”

The individual, behind the Active Citizens, independent deputy, Anna Theologou fell out with the hunters and left the grouping a couple of months ago. Within a month she put together a new grouping under the name Generation Change, designed to appeal to the younger voters. Its main slogan is “We are going for a generation change.#Are you in?” There is no leader, Theologou calling herself the ‘general coordinator’.

Generation Change “envisions” the perfect society in which social justice would be guaranteed, the state would protect the economically and socially weak, there would be a fairer redistribution of national wealth and quality jobs with respectable pay for all.

“We dream of a Cyprus with happy citizens,” says Generation Change in its manifesto and adds that “happiness of citizens must become a constitutional provision binding all decisions of the executive and legislative authorities to this end.”

Ammochostos (Famagusta) for Cyprus, could also be described as a one-issue party, as it was set up as a reaction to the deadlock in the Cyprus problem and Turkish threats to open the fenced area of Varosha to settlement. The choice of name seemed peculiar as it could create the impression that this was a group only for Famagustans rather than one that wanted a settlement.

But the first paragraph of its manifesto, posted on a well-designed website, makes clear what its priority is. “We envision a reunited country, on the basis of UN resolutions, in which citizens, irrespective of religion or ideology would be able to move freely without restrictions, checkpoints and controls.” It also wants a green economy, a secular state, a modern education system and a country free of corruption that treats all its citizens equally.

On the other side of the Cyprus problem spectrum are the two nationalist parties, People’s Breath and Patriotic Coalition. The latter is the vehicle of accountant and former Disy deputy Christos Rotsas who has been campaigning for the bolstering of our defence capability.

On its Facebook page the Patriotic Coalition has some 500 ‘likes’ from an assortment of organisations such as the Association of Basketball Coaches, Ellinas Agricultural Products, Diko Paphos and the Anti-Turkish Alliance.

People’s Breath, which will be contesting its second parliamentary elections this year, is a populist, nationalist party which has views on vaccinations and military spending. Among other things, it demands the revival of the Dogma of Unified Defence Space with Greece, more spending on the National Guard, political equality of citizens rather than communities and “condemns the dictatorial and illegal decrees aimed at blackmailing people into being vaccinated”.

Finally, Democratic Front (Depa), is the newcomer with arguably the best chance of entering parliament. Led by Marios Garoyian, who had served as president of the House of Representatives and was ousted as Diko leader by Nicholas Papadopoulos, Depa could take a percentage of the Diko votes. It even boasts a few Diko defectors among its candidates.

It is claiming the centre ground of politics as it was “set up to cover the political vacuum that has emerged in the centre”. Its “key characteristics are moderate discourse, synthesis, collectiveness and securing political stability”. This was notice that it would not act as an opposition party if it enters the legislature. In fact the government would like to see Depa do well in the elections as the president has close relations with Garoyian.

Depa probably has the best chance of entering parliament among the newcomers, but there could be surprises, given the voter disaffection that everyone is talking about.

Cyprus: Should you worry about inflation?