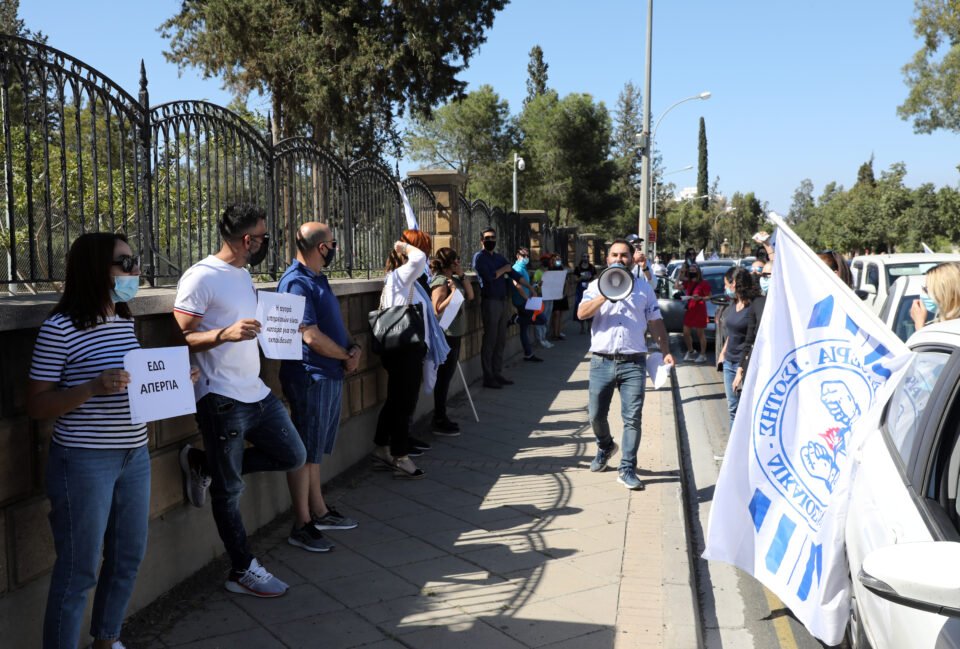 Teachers and unions on Tuesday reaffirmed their support for afternoon state school teachers asking to be given contracts, stressing they are ready to continue their indefinite strike until their request is met.

Last Tuesday teachers working in state afternoon and evening schools and institutes started an indefinite strike over the education ministry’s “unlawful and unfair” decision to count them as self-employed.

Afternoon and evening classes do important work, contributing to education on all levels, Savvas Touloupos of Peo said.

He added that up until 2013, teachers participating in these programmes had normal salaries and access to unemployment benefits and holidays.

“We are not asking the government to turn 5,000 teachers into public servants, as some say,” he said, stressing that it was never on the table.

Teachers union Poed has been in support of its colleagues from the very beginning, head Myria Vasiliou said, reminding of their role in after-school lessons and optional all-day school programmes.

“It is inconceivable that teachers in these programmes, which are a continuation of morning lessons, are treated differently and forced to work under a different status – that of the self-emplolyed,” she added.

“We live in the 21st century and all employees must be able to work and live in the right circumstances instead of facing extra problems,” secondary school teachers union (Oelmek) head Themis Polyviou said, expressing the union’s support.

Students’ union Psem also made its support public, with spokesman Gregoris Gregoriou saying that students can only stand by their teachers as they fight for their rights.

“The work and sacrifices of our teachers need to be recognised with deeds, not just words,” he concluded.

At least 57 migrants drown in shipwreck off Tunisia