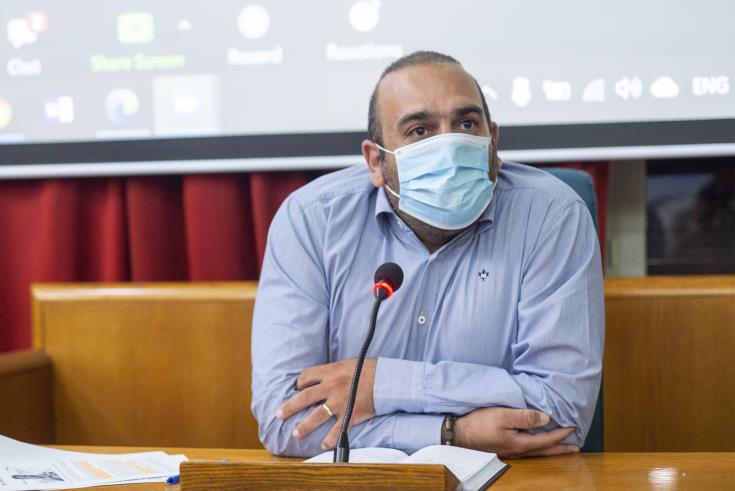 Transport Minister Yiannis Karousos with Interior Minister Nicos Nouris on Friday briefed the mayors of Dherynia and Sotira on a tender announcement for improvement works on the road connecting the two municipalities.

The project is estimated to cost around €13 million and is expected to begin before the end of 2021 and finish within a 30-month window. Eighty per cent of the funds will be provided by the state, with the rest covered by local authorities.

As well as a 4km stretch of road connecting the two areas, the project will take on an additional 2.5km of secondary road network. It will include the construction of two lanes going in opposite directions and an additional third lane for right turns.

The design was based on a regulatory plan of the department of town planning and housing, and construction plans were drawn up by a private civil engineering firm and coordinated by the public works department, who will be overseeing and supervising the construction. Tenders for the project will be accepted until July 2.

The tender announcement for this long-awaited project is “proof the President’s commitments are being acted upon,” Karousos said.

“The existing Sotira-Dherynia road is seriously lacking,” he said, explaining that the upgrade will modernise it by improving traffic, promoting alternative modes of transport and improving the aesthetics of the wider area, which could help with future development.

The transport minister added that the project is part of a series of improvement works that aim at improving local quality of life and making several areas in Famagusta more accessible, therefore drawing more visitors and improving tourism.

Among these projects are improvements in Pernera, 1st Apriliou and Kapparis avenues, the restoration of Ayia Napa monastery, and making central Ayia Napa more accessible.

“We want to get back on the path of recovery soon, and these infrastructure and development projects are important in doing so,” Nouris said.

Adding onto Karousos’ points, he said that such projects can also give impetus for entrepreneurship and tourist development.

Referring to the government’s recently announced recovery plan, Nouris said that the interior ministry will cooperate with other competent ministries to implement a series of forward-thinking measures and policies aimed at supporting the public that will involve local communities and municipalities.

Sotira mayor George Takkas expressed satisfaction that this project, which has been five decades in the making, “will contribute substantially to local living standards, and the accessibility and safety of the local road network”.

Dherynia mayor Andros Karayiannis thanked the ministers for promoting the project, reminding that it has appeared on state budgets every year since 2002, and had been expected in 2010. “We hope it will be underway soon, without further delays,” he said.

Two to be prosecuted, two released in Limassol killing