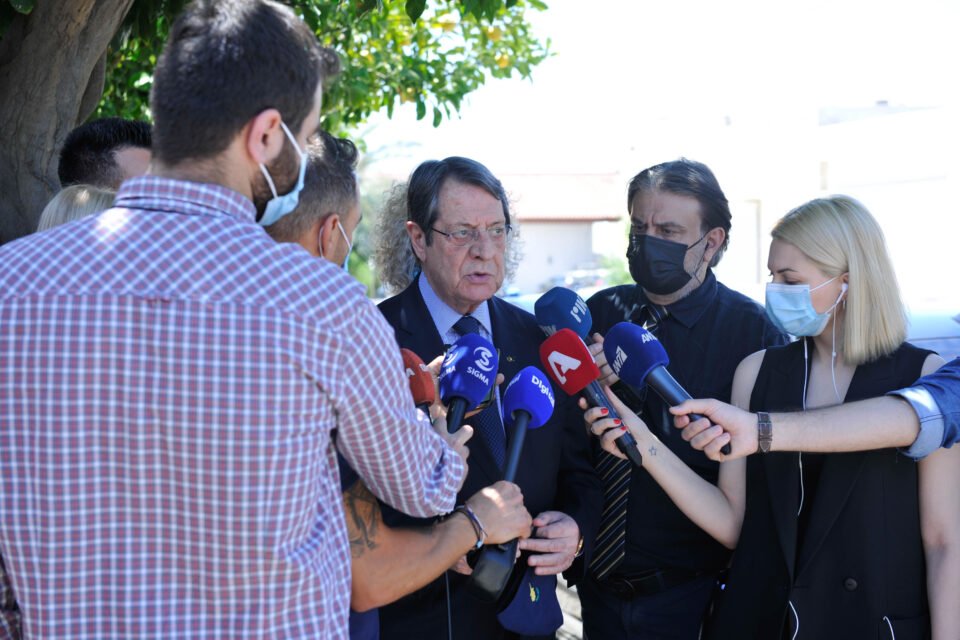 Main opposition Akel on Saturday accused President Nicos Anastasides of acting like Disy’s party leader and being involved in “pre-election conflict” after he publicly responded to the party’s criticism over the government’s failure to achieve a solution to the Cyprus problem.

In statements on Saturday, Akel leader Andros Kyprianou said “we do not absolve Turkey of its responsibilities,” but the president must reflect on “his constant contradictions and regressions”.

The government’s approach will lead to the division of the island and Anastasiades will go down as “the leader of division”, Kyprianou added.

On Friday, Anastasiades said that the “daily criticism against the government while we have parliamentary elections and especially referrals to the national problem” have to be contained to not“strengthen the arguments of our political rivals”.

He went on to mention the five-year leadership of Demetris Christofias suggesting Akel had been in contact with then Turkish Cypriot leader Mehmet Ali Talat without resolving the Cyprus problem.

“Why did Akel not implement during its rule everything it demands today from President Anastasiades to solve the Cyprus problem?” government spokesman Kyriacos Koushos said later on Saturday.

Reminding of Christofias’ contribution to the national issue, Kyprianou said that Anastasiades “received the Cyprus issue with joint announcements that secured key positions of our side,” and the international community recognising that “our side was one step ahead in trying to solve the Cyprus problem.”

“Turkey was an obstacle to the solution,” Akel’s leader said.

Meanwhile Anastasiades’ main concern was the golden passport scheme so that the family businesses of those in charge get richer, Kyprianou said.

Living necropolis: a labyrinthine tour of Tombs of the Kings