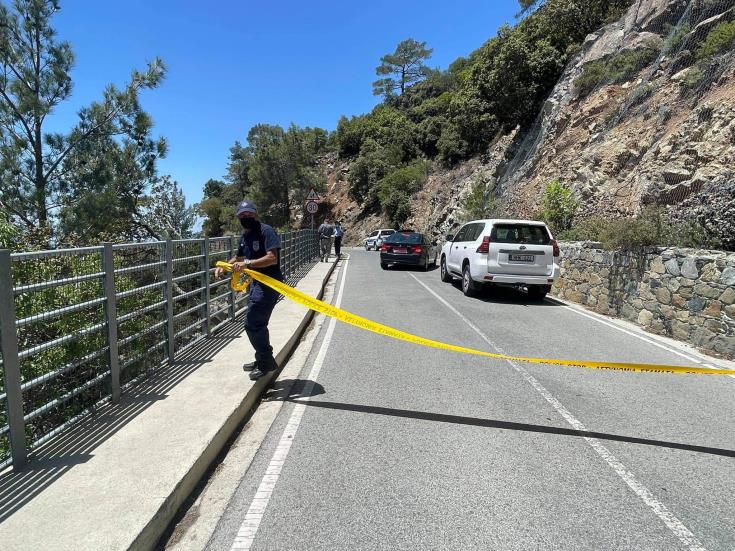 A 32-year-old National Guard officer, Xanthos Kyriacou, from Limassol died on Tuesday after an accident during a training exercise in the mountainous area of Trooditissa.

The accident occurred at around 8.30am at a military training facility in Trooditissa when Kyriacou fell from a significant height during the exercise.

Limassol police spokesman Lefteris Kyriacou said the officer was descending from the road to a metal platform in a ravine while tied to a rope, when, under conditions that are being investigated, the rope broke and he fell some 40 metres. He was air transferred by a National Guard helicopter to the Nicosia general hospital where he was pronounced dead. The 32-year-old was married but had no children.

“Evidence has been collected and investigations will follow,” Kyriacou said.

“His loss while on duty and in a demanding and dangerous exercise, fills us all with immense sorrow,” the president added. “Tribute to Xanthos Kyriakou.”

The chief of National Guard went to the hospital as did Defence Minister Charalambos Petrides, who said it was “a black day for the National Guard.”

“I am shocked by the untimely loss of our officer. My sincere condolences to his family and friends,” the minister said.

“I have given instructions for an in-depth investigation into this tragic event,” he added.

Defence ministry spokesperson Christos Pieri said the 32-year-old’s wife and family were informed of his death by the National Guard chief.

After the accident, high-ranking military officers went to the to carry out preliminary investigations while a full-scale probe was to be launched, Pieri said.

Reports said Kyriacou was an experienced rock climber and that the rope broke just as he started descending.

State broadcaster CyBC reported that it seems the 32-year-old had tried to hold on to a tree to break his fall.