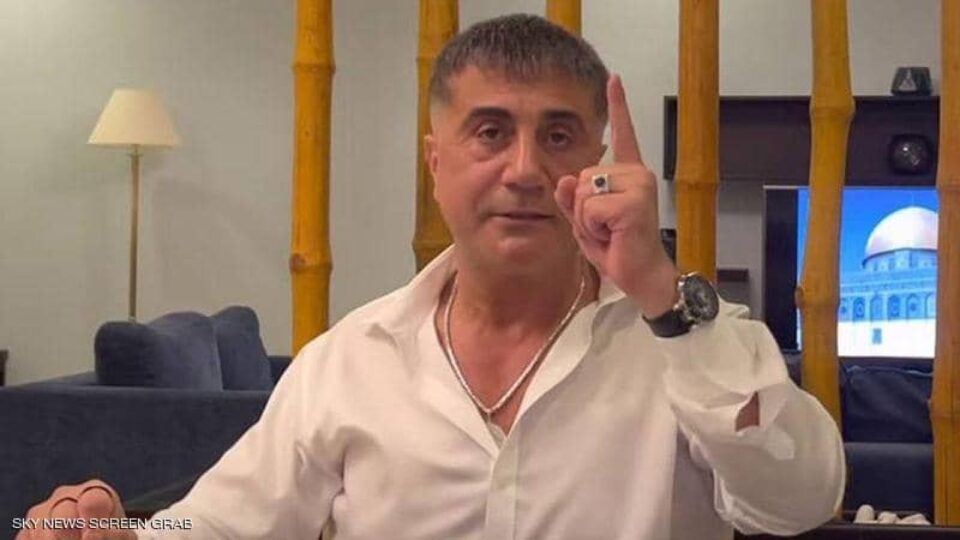 Sedat Peker in one of his videos.

Turkish organised crime boss Sedat Peker on Sunday released his seventh video in a scandalous series about government and organised crime that has garnered 70 million viewers, according to Social Blade.

But the seventh video is the most shocking, because Peker makes allegations that the son of a former prime minister of running a cocaine trafficking ring from Venezuela to Turkey.

And Peker claims that there is collusion in northern Cyprus.

Former prime minister Binali Yildirim is still a major figure in the ruling   Justice and Development Party (AKP). His son, Erkan Yildirim visited Venezuela to establish the trafficking in January and February this year, Peker alleged.

Ships taking off from the port in Caracas stop in the Dominican Republic, where they are loaded with the illegal drugs, Peker claims.

Peker alleges that Erkan works with Halil Falyali, a man who has settled in northern Cyprus. From there, he runs money laundering and drug trafficking rings, according to Peker.

The main question Peker asks is why the Turkish government and its top brass abandoned and betrayed him, and his accusations are a form of revenge.

The 49-year-old Peker expected to shrug off charges in Turkey, with the help of government officials and businesspeople close to the mob. Instead, he is currently the subject of an Interpol red notice, and is reportedly living in hiding in Dubai.

There is no proof that any of Peker’s allegations are true – Yildirim has denied them – but they have created massive funk in Turkey around potential connections among organised crime, the government and business.

The allegations have shaken the nation: When a journalist at the state-run Anadolu Agency on Friday asked two ministers on live television to comment on these allegations, he was fired within hours.

“The ministers were shaking in their seats,” Murat Yetkin, a political commentator said. Yetkin writes that the original Justice and Development Party has lost its roots, and is now prey to corruption.

“Why has there been no investigation, nor any real response from Erdogan?’ Yetkin asks. On Monday, Peker’s brother Attila was arrested on the basis of accusations made in one of Peker’s videos, but that has been the only official move.

In fact, Erdogan has made only one verbal reference to the accusations: “Addressing the issue after a cabinet meeting on Monday, Erdogan said that during his AK Party’s 19-year rule the government had brought peace to the country by tackling such criminal gangs and that it would “foil this dirty script too.”

Otherwise, he has been strangely quiet on this subject.