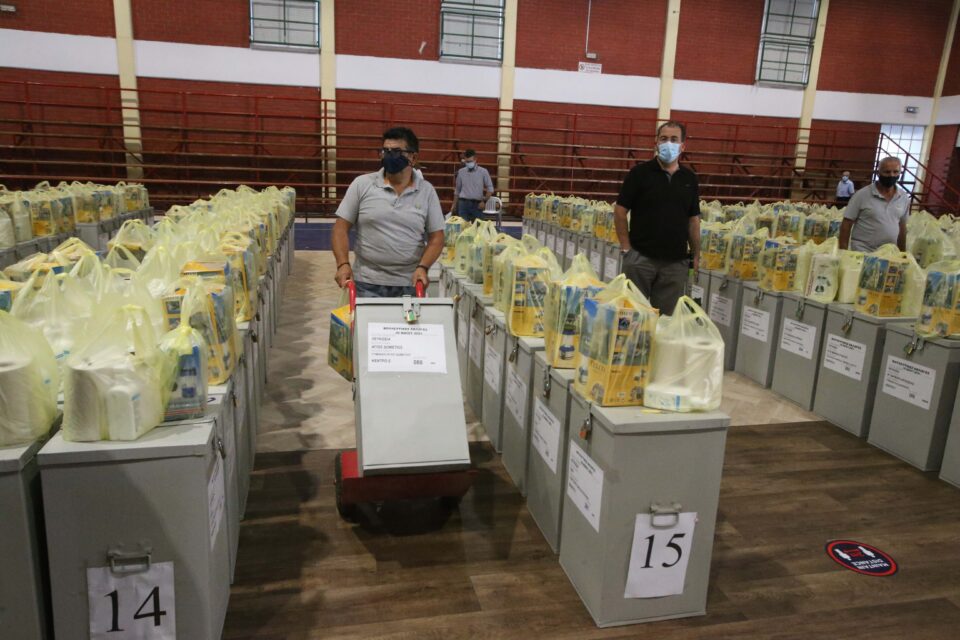 Chief Returning Officer Dr Costas Constantinou on Friday called on people to vote, pointing out that abstaining was tantamount to avoiding taking responsibility and assigning their rights to those who will go to the polls.

In a press conference to give information ahead of Sunday’s parliamentary elections, Constantinou said this was the achievement of “a marathon effort” under unprecedented conditions due to the pandemic.

“I consider it my duty to call on all voters to go to the polls to exercise their right to vote and to formally elect the persons who wish to represent them in the House of Representatives for the next five years,” he said. “I would like to emphasise that abstaining from voting is tantamount to avoiding taking responsibility and assigning this right to those who will go to the polls.”

There are 658 candidates for the 56 seats in parliament: 651 from 15 party combinations and seven individual candidacies. Among candidates are 160 women which is 24.31 per cent. In 2016, the candidates were 493 and included 108 women (21.9 per cent). The seat of the Representative of the Maronites is claimed by two candidates, while that of the Latins by three candidates. The representative of the Armenian religious group has already been announced since he was running unopposed.

The sorting and counting of votes will take place on the spot at the polling stations themselves, immediately after the end of voting.

Constantinou said the elections are being monitored by a delegation of the Organization for Security and Cooperation in Europe “and we will look forward to their comments and suggestions.”

He added that strict hygiene protocols will be observed at the polling stations, the mobile units, the vote counting centres and the ceremonies for the declaration of the winners.

He said that in polling stations, people need to keep a two-metre distance from others while no one will be allowed in without a mask. He also said that people should not wear masks with party logos on them.

Voters can use their IDs or voting booklet. If they fail to present any of these, they will not be allowed to vote. The enclaved can vote by presenting any document issued by the Republic bearing their photo.

The election campaigns and other party activities must end on Friday midnight, he said. He recalled that the posters of candidates and parties must be taken down by Friday midnight. No political advertisements, SMSs or events are allowed a day prior and on the election day.

Constantinou also said people must make sure they find which polling station they must go to in advance. To find out the location of their polling station, voters can either visit wtv.elections.moi.gov.cy or elections.gov.cy . They can also text 1199 quoting wtv, their ID number and date of birth e.g. wtv 900500 01/06/1990 or call 77772212.

Voters and party reps are not allowed to use their mobile phones within the polling stations.

Around 7,800 people are expected to work on election day, including 2,100 police officers.

In total 557,589 people are registered to vote which is “the largest electorate we have ever had, in national elections.” In total 14.73 per cent of voters are under 30 years old.

In addition, 247 enclaved are registered to vote and 265 prisoners.

Voters are divided into 1,176 polling stations. Of these, 1,166 will operate in Cyprus, of which 16 concern the election of representatives of the religious groups of the Maronites and Latins and the remaining 10, abroad. Four of them will operate in Athens, two in Thessaloniki and four in London.

Turkish Cypriot voters will vote at the same polling centres as Greek Cypriots, depending on their place of residence.

People with coronavirus can register in the special voter registry so that mobile units can go by their homes so that they can vote. They may register at aps.elections.moi.gov.cy until 6pm Friday. People registered to vote from home will receive a phone call by the head of the mobile unit and if they dot respond, it will be considered that they are not interested in voting, Constantinou said. Once the unit drives away from a person’s home, it will not return.

People may vote with a +, x or √ within the square next to candidates’ names with a blue or black pen. People can vote for up to five candidates in the Nicosia district, three for Limassol and Famagusta, two for Larnaca and one for Paphos and Kyrenia. People may only vote candidates of one party.

In the case more candidates are voted than the limit, they will be deemed void but the vote given to the party will be considered as valid. If people vote for more than one party their vote will be void.

The first results are expected before 7pm while the final results are estimated to be ready by 11pm. Then the second and third distribution of seats will take place.

How to sew a pair of linen summer shorts