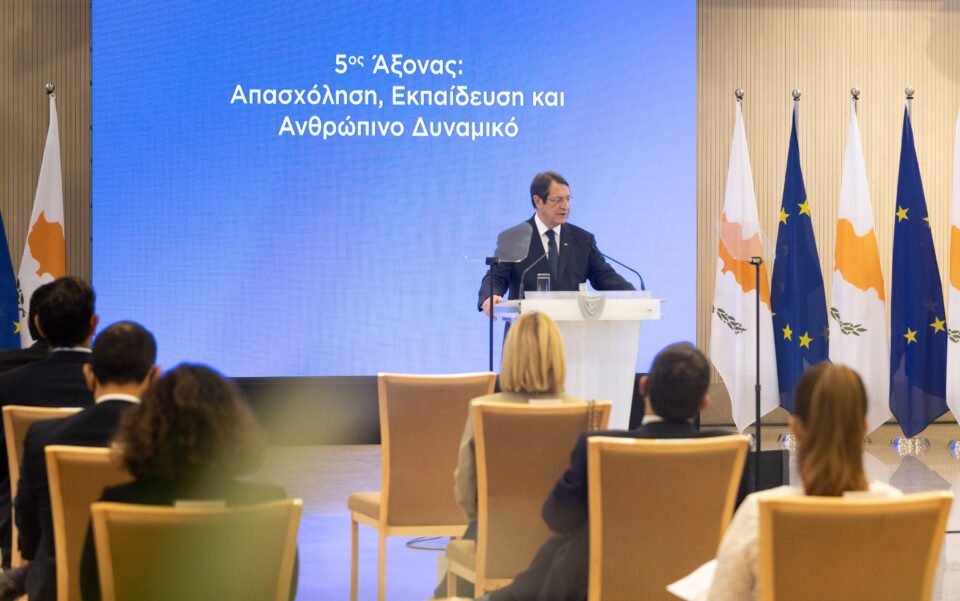 And the necessary reforms to tap funds could prove tricky

The government’s multi-billion euro recovery and resilience plan, ‘Cyprus Tomorrow’ is not quite the done deal it seemed when it was presented two weeks ago by President Nicos Anastasiades as the “road-map for the post-Covid era”.

It still has to be approved by the European Commission at the end of July, although this is considered a formality in Nicosia as the plan was drafted after months of consultations between the commission and the government. But even so, there is some way to go before businesses and individuals will be able to tap into the funds, which are earmarked for the green and digital transition among other things.

A total of €4.4 billion will be made available, a part as grants and a part as low-interest loans, over five years, from 2021 to 2026. For the recovery and resilience plan itself €1.233 billion has been allocated and it will focus on five policy areas – public health and civil protection, transition to green economy, strengthening economic resilience and competitiveness, digital transition and labour market, education and human resources.

Almost three quarters of the money will be allocated to two areas. The green transition will take 36.3 per cent of the total (€447.6m) and the strengthening of economic resilience/competitiveness 36.4 per cent.

The release of funds, apart from the disbursement of 13 per cent pre-financing (€160m) in July when the European Council approves the plans, will be made every six months and will depend on Cyprus implementing the recommendations put forward by the commission every semester. Landmarks have been agreed between the commission and the government.

The first landmark, which would pave the way for the disbursement of the second instalment of money in December, is the reform of the civil service. This relates to the introduction of an effective system for staff evaluations and promotions for which the three relevant bills have been gathering dust in the legislature since October 2019, because the parties and unions opposed them.

Other landmarks on which funds depend are the reform of the justice system, local government, the evaluation of public school teachers as well as reform aimed at improving productivity.

As regards the funding schemes for businesses, farming and individuals, these will be formulated by individual ministries. Each ministry will set the criteria for schemes for its policy area, but the schemes will not be made available at the same time. Instead, they will be announced over the five-year lifetime of the Recovery and Resilience Facility.

Although the government tried to emphasise the importance of the plan, opposition parties largely ignored it, dismissing its announcement as an electoral gimmick ahead of Sunday’s vote. Anastasiades, on the other hand, said ‘Cyprus Tomorrow’ constituted “the leap in the direction of the productive reconstruction of our country”, that will pave the way for a “new version of our country”.