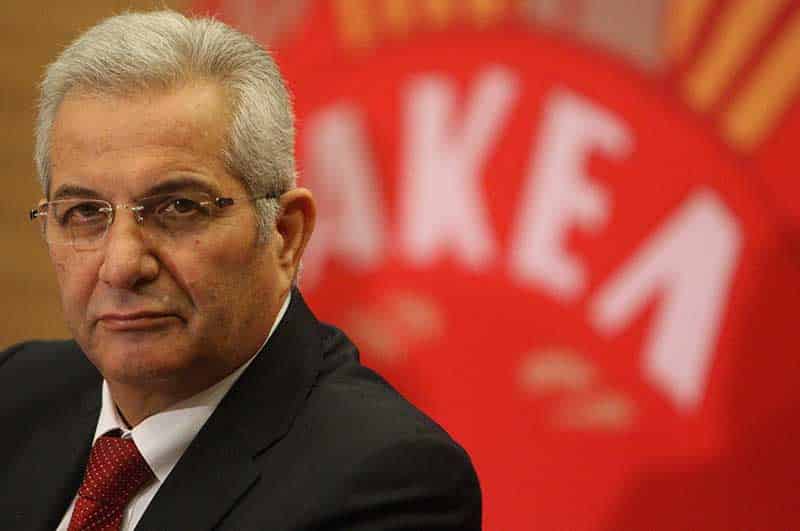 Akel party leader Andros Kyprianou announced on Friday that he will not be standing for re-election in July’s electoral congress.

Speaking on the CyBC, Kyprianou said he had told the party’s political office months ago and it had accepted the move.

He underlined his decision to step down was taken before Sunday’s parliamentary elections where Akel performed poorly.

After eight years in opposition, Akel failed to win voters and saw it garner 22.34 per cent of the vote, down 3.3 per cent on the previous elections. It also lost one seat.

He said the party political office said the fault for the poor performance was not the fault of individuals but that he was assuming his own responsibilities.

“I believe that as the first among equals I have my own responsibilities and I am going to assume them,” Kyprianou said.

He said that in its 95-year history Akel had faced many difficulties and had always managed to find the strength to renew itself and overcome any problems.

MPs Georgos Loukaides and Stephanos Stephanou have been tipped as favourites to replace Kyprianou after elections in next month’s party congress.

He said they were both worthy representatives as were all members of the party.

Kyprianou, who was re-elected as MP last Sunday as the party’s leader, stressed he is not leaving the party.

“I will be by the side of the party leadership, I will try to assist them will all my powers,” he said.

On the possibility of him running as House president, Kyprianou said the party will see how parliament’s goals are best served, and those of the party “and we will make our final decisions.”

Kyprianou, 65, was first elected as General Secretary of Akel’s Central Committee in 2009.