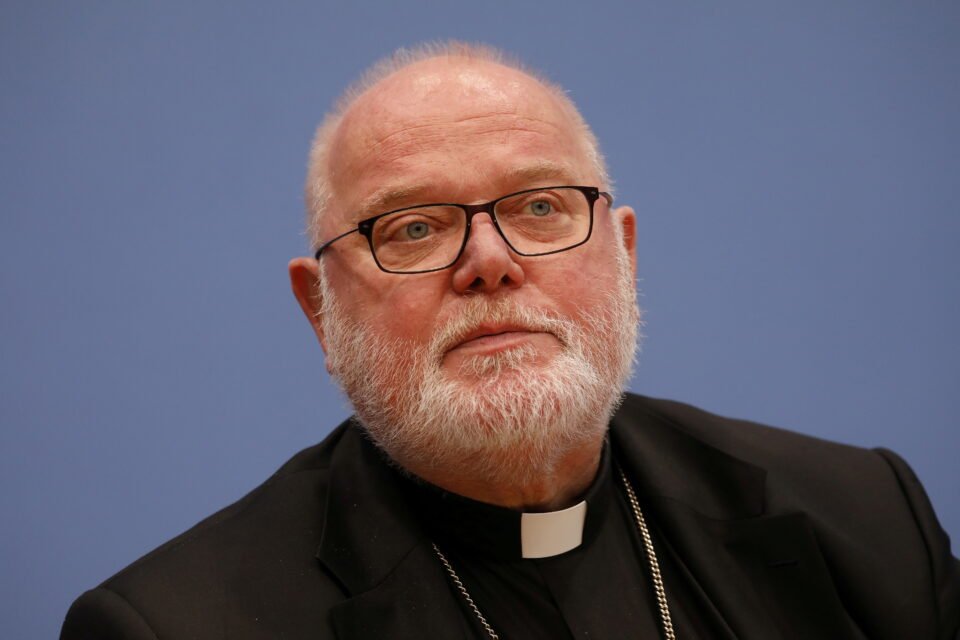 One of Roman Catholicism’s most influential liberal figures, Germany’s Cardinal Reinhard Marx, has offered to resign as archbishop of Munich, saying he had to share responsibility for the “catastrophe” of sexual abuse by clerics over past decades.

His offer, which Pope Francis has yet to accept, follows an uproar among the German faithful over abuse. Last week, the pope sent two senior foreign bishops to investigate the Archdiocese of Cologne, Germany’s largest, over its handling of abuse cases.

“I have to share responsibility for the catastrophe of sexual abuse by officials of the Church over past decades,” Marx wrote in a letter to the pope. He said he hoped his departure would create space for a new beginning.

Marx, who is not under any suspicion of having participated in abuse or cover-ups, later told reporters churchmen had to take personal responsibility for institutional failings.

An independent inquiry commissioned from a law firm by the archdiocese to investigate historic abuse allegations there is due to report shortly.

The Archbishop of Cologne, Cardinal Rainer Maria Woelki, was recently cleared in a similar external investigation into past abuse in his archdiocese.

One commentator, the religious scholar Thomas Schueller, interpreted Marx’s words as a rebuke of Woelki, who has not resigned.

“He is directly challenging Cardinal Woelki when he talks of those who hide behind legal assessments and aren’t prepared to tackle the systemic causes of sexualised violence in the Church with bold reforms,” he told Der Spiegel.

Marx is a proponent of the “Synodal Path,” a movement that aims to give lay Catholics more influence over the running of the Church and in issues including appointment of bishops, sexual morality, priestly celibacy and women’s ordination.

Conservatives have attacked the concept, saying it could lead to a schism.

Marx, 67, who until last year was head of the German Catholic Church, told reporters he had sent the letter on May 21, but that it was only last week that the Pope had e-mailed him to say he could make it public.

The last few years have seen an accelerating exodus, with liberal faithful queuing in Cologne to quit the Church, protesting not only at abuse but also over conservative attitudes toward same-sex relationships.

Germany’s Church has an outsized influence globally, in part because of its wealth: taxes paid by members and collected by the government make it the world’s richest.

The pope, who is known to like Marx, typically waits, sometimes months, before deciding whether to accept a bishop’s resignation.

Marx told the Pope he would continue to serve the Church in any capacity he was ordered to.