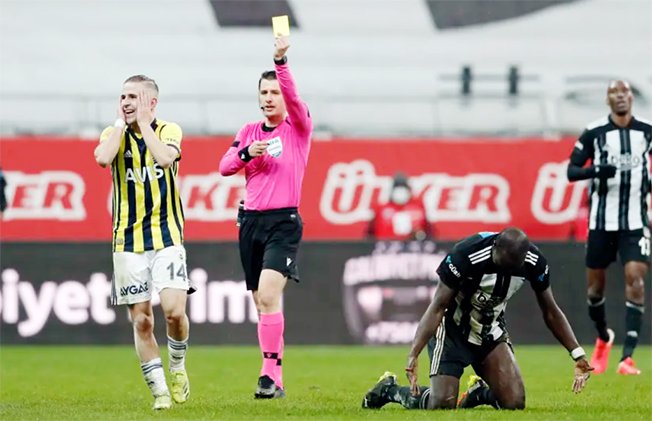 A Turkish court on Friday sentenced a media executive and a former police chief to more than 1,000 years each in prison for conspiring to bring match-fixing charges against top football club Fenerbahce.

Fenerbahce’s president was jailed for match-fixing a decade ago and the club was barred from playing in European competitions for two seasons, but the case was reopened after prosecutors said it was founded on a conspiracy.

The 2011 match-fixing charges were made by prosecutors linked to Fethullah Gulen, a U.S.-based cleric who Turkey says staged an attempted coup in 2016, an accusation Gulen denies.

Turkish football at the time was beset by allegations of match-fixing, which Fenerbahce was accused of spearheading.

Fenerbahce’s former president Aziz Yildirim was sentenced to six years in prison after being charged with match-fixing and forming an illegal organisation. He spent a year behind bars.

At his trial, he denied the charges and said the case was specifically designed to undermine the Istanbul club which has won Turkey’s domestic championship 19 times.

In 2016, an Istanbul prosecutor’s indictment alleged the 2011 match-fixing charges were a plot by Gulen supporters, who had infiltrated the Turkish judiciary and police, to frame the club and topple its executives.

The court on Friday sentenced Hidayet Karaca, who was the head of Samanyolu media group – later shut down by the government – to 1,406 years in jail. Karaca was accused of instigating the tapping of phone calls and forging of documents.

Former police chief Nazmi Ardic was sentenced to 2,170 years on charges including forging documents and conspiring against the club. The court handed down jail sentences to at least 25 other defendants, state-owned news agency Anadolu said.

Fenerbahce Chairman Ali Koc told reporters that Friday’s court decision proved the club had been the innocent victim of a plot against it by Gulen’s network. He vowed to pursue legal avenues for “financial and moral” compensation.

The prosecutors and judges who opened and ruled on the original case fled the country following the coup attempt.