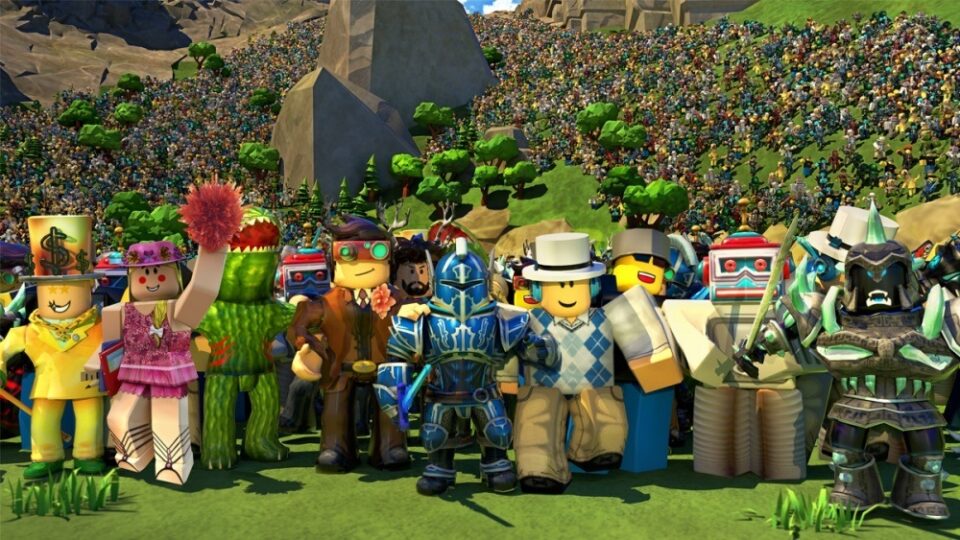 Children and teenagers are flocking to Roblox’s Metaverse and it is not hard to see why.

The Metaverse’s allure lies in its limitlessness, familiar and well-organised structure and the exciting way in which it allows young people to interact both with each other, the brands and characters that populate it, as well as the narratives that unfold within it.

Vitally, children and teenagers are moulding the Roblox metaverse in real-time, defining it as the community grows and interconnects in a collaborative and interactive way.

The Metaverse has been designed to specifically integrate key values shared by generations Z and Alpha.

This includes the ability to showcase your unique identity, to make friends, to enter and participate in an immersive environment, cross-platform compatibility, having diverse interests catered to, an ease of use and the avoidance of a steep learning curve, an in-built commerce system, as well as having a space that combines politeness and trust.

Roblox is sort of like the Matryoshka doll of gaming. At the very core lies an online platform that users can use to create their very own three-dimensional video games.

Other people can then choose to play those games created by their fellow users.

Roblox utilises a custom programming language called Lua which gives them control over the game’s world.

Glueing everything together is Roblox’s social networking features, where users can meet each other, form friendships, engage in multiplayer gaming and participate in various activities.

“As a user of the Roblox platform, you and your friends can collaborate on building or just gather and explore other users’ creations,” the company says.

Crucially, the users on Roblox are generally quite young, with the core demographic being placed between the ages of 9 and 15.

This has resulted in Roblox being associated as the go-to platform for younger people, especially as it combines entertainment with creativity and education.

When Roblox co-founders David Baszucki and Erik Cassel launched their game platform in 2006 they had never envisioned that it would grow to 199 million monthly active users.

In fact, in the first quarter of 2021, a whopping 42 million of them used Roblox on a daily basis.

“The day we released our first multiplayer game with characters there were about 20 kids on the site. They all got together in Crossroads and started building,” said the late Cassel back in 2010, detailing how Roblox evolved from a single-player game to one of the most cooperative and interconnected gaming platforms in the world.

“Soon the kids noticed they could build platforms on their own shoulders (surprise, we hadn’t realised this), and so they started carrying each other around on bizarre brick contraptions strapped to their backs. It was completely unexpected, collaborative and fun,” Cassel added.

Roblox and the aforementioned inadvertent creation of its vibrant online community have caused the company’s valuation to swell to a pre-IPO listing of about $30 billion.

This figure rose to an eye-watering $41.9 billion valuation in direct listing after the company had gone public.

In terms of revenue, Roblox has performed impressively in recent years. In 2020, the company brought in $920 million in revenue, a near 111 per cent increase from the previous year.

Roblox’s valuation figures are not just about present-day revenue, however. They are also about the company’s potential, with the community at the heart of its prospects.

While the platform itself is free and does not generate revenue through sheer usage alone, Roblox does indeed charge money for in-game purchases, which utilise the game’s proprietary virtual currency, Robux.

This also allows the people who develop games on the platform to utilise their programming skills and creativity as well, since they can charge other users to play their games.

“The Developer Exchange Program allows you to earn money by creating awesome games on Roblox. The DevEx program is based on the services that you provide on the Roblox platform,” the company explains.

Roblox’s online world, often referred to as the metaverse, is already a diverse, exciting and ever-growing destination for Roblox’s young users.

“So part of this hope of a physically-driven Metaverse is actually easier to program and easier to create emergent behaviour because it kind of works like we expect.”

Coronavirus: Back to the drawing board for flight plans

Are we all going on a summer holiday?