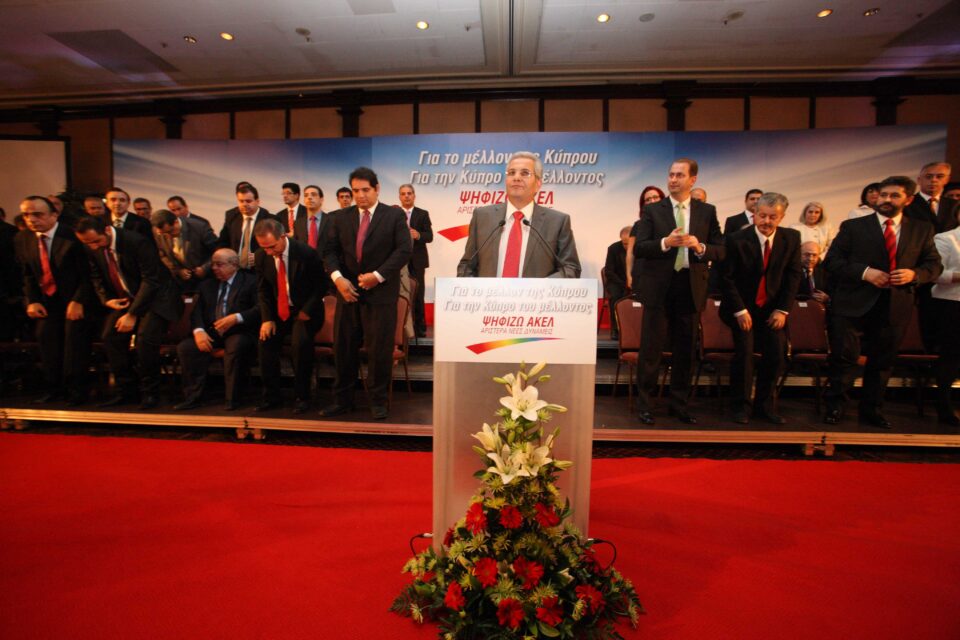 After Akel’s dismal showing in last week’s elections, the consensus is that the party must adapt or die. But it’s by no means certain the party can remain relevant

Andros Kyprianou, who announced this week he was stepping down as party leader, said he had taken his decision several months before the elections.

If he had retained any small hope of staying on, this was quashed by last Sunday’s parliamentary elections in which Akel secured its smallest share of the vote since the introduction of proportional representation in 1981.

Kyprianou’s position is untenable after this dismal showing, at a time when conditions for a party resurgence should have been very favourable. The party was in opposition to a jaded government that had been rocked by the revelations surrounding the golden passports and a president in office for eight years whose approval rating is at rock-bottom.

When compared to what had happened in similar circumstances 20 years ago, the scale of the failure is evident. In the 2001 parliamentary elections, after eight years of the Glafcos Clerides presidency, Akel recorded its best ever result, taking 34.7 per cent of the vote and its highest ever number of seats – 20.

Could last Sunday’s result be attributed to the failings of the leadership? Had it failed to rally its traditional supporters? Had its campaigning been too negative? Had its choice of candidates been uninspiring? Or, is it simply a party in steady decline because it has failed to adapt to a rapidly changing world?

This is a party that remains proudly ‘communist’, although it no longer refers to itself as such, using the title ‘Akel Left, New Forces’ for some time now, but it has never entertained the idea of leaving behind the Marxist-Leninist faith and embracing social democracy. Despite its assertion of progressiveness, it remains deeply conservative in its almost dogmatic refusal to change.

“If the party had taken the decision to modernise and open up in 1990, after the collapse of the Soviet Union, it would not be in such a position today,” said a former member, who left the party many years ago. In 1990, emboldened by the collapse of Eastern Europe’s communist regime and Mikhail Gorbachev’s pursuit of glasnost in the Soviet Union, a group of members tried to make changes in Akel.

“Christofias, who had recently been elected general secretary [in 1988], and his gang kept things as they were and this cost the party in the long term,” said the former member, who chose anonymity. “The idea that there must be no opinion different from that taken by the party, was out of step with the times but they could not understand this,” he added, pointing out that in the last 10 years Akel has lost 51,000 votes. “If they had opened up the decline would not have been so staggering.”

A one-time aide of Christofias, who also chose anonymity, disagreed with this interpretation. He argued that Akel had not suffered from the collapse of the Soviet Union, like other European communist parties, which saw their support shrink. Instead, Akel saw its support increase in the 1991 parliamentary elections reaching 30.63 per cent, rising to 33 per cent of the vote five years later.

“There was a growing optimism and positive feeling in Akel, which had a new and relatively young leader [Christofias was in his 40s],” said the former aide. In 2001, the party had taken 20 seats in parliamentary elections, its best ever result, and Christofias was elected House president.

“This gave new belief and confidence to the party and people started thinking that ‘we can go higher’ instead of Akel being the water-carrier of others,” said the former aide. Christofias was duly elected president in 2008 and did well despite being targeted by the business establishment and the media, he said, but the Mari explosion destroyed everything.

It put Christofias and Akel on the defensive and the reflexes of the Left, when they feel persecuted, is to go on the offensive, bringing up the coup, Eoka and the rest of the party bugbears. “In such periods, Akel becomes introspective in order to protect its people and the party, but in so doing it distances itself from society and it does not listen to advice because it closes up,” said the former aide.

The challenge now is how the party can bounce back. Another bout of introspection would be harmful, he believed, and echoed the view of the ex-member, that the party needs to open up, because this is the only way bring in new people and new ideas and broaden its appeal.

Artistic curator Panayiotis Larkou, who stood as candidate in Limassol but is not a party member, criticised the way Akel selected and promoted candidates, suggesting that only certain people received backing while others were there just for show.

“You cannot bring change if you change your window display, but your shutters are down and no one can see inside,” Larkou said in a post on his Facebook page.

In fact, all five of Akel’s new MPs came from the so-called party mechanism, two being the children of MPs who were in office the previous term, one, Christos Christofias, is the son of the former president.

This will not bring any ‘outside’ voters, not to mention that they do not have much real-life experience since they had mostly worked for the party.

“There are good people in the party, but more are needed if it is to produce policies, engage with society and regain the support it has lost. This will not happen if it stays with the current people,” the former aide said.

Of course, it could be that fewer people in today’s Cyprus can relate to a left-wing party that seems stuck in an era of the past.

“Even if it had opened up in 1990 it would still see its support dropping eventually, probably at a slower rate,” said the former party member. “But the truth is that the world has moved on and so-called Marxist-Leninist parties and democratic centralism that prohibits disagreement, have become an anachronism in today’s Europe.”

He also explained that in the last 20 years Akel could no longer rely on the traditional ways of winning over and influencing people. It had control of the biggest union federation Peo, which has now been overtaken by Sek, while its base in the countryside, controlled through village sports clubs, has steadily dwindled and it also lost control of football clubs which have turned into businesses. The hundreds of scholarships given to the offspring of Akel members to study in Eastern European universities dried up with the collapse of communism.

An electoral congress is scheduled for next month and the new leader will have to decide whether Akel will finally leave behind democratic centralism and open up. The former member believes this is unlikely to happen because the prospective leadership candidates are Christofias’ men, who still adhere to communist orthodoxy.

Democracy has spoken. But does democracy and the role of the citizen end at the ballot box?