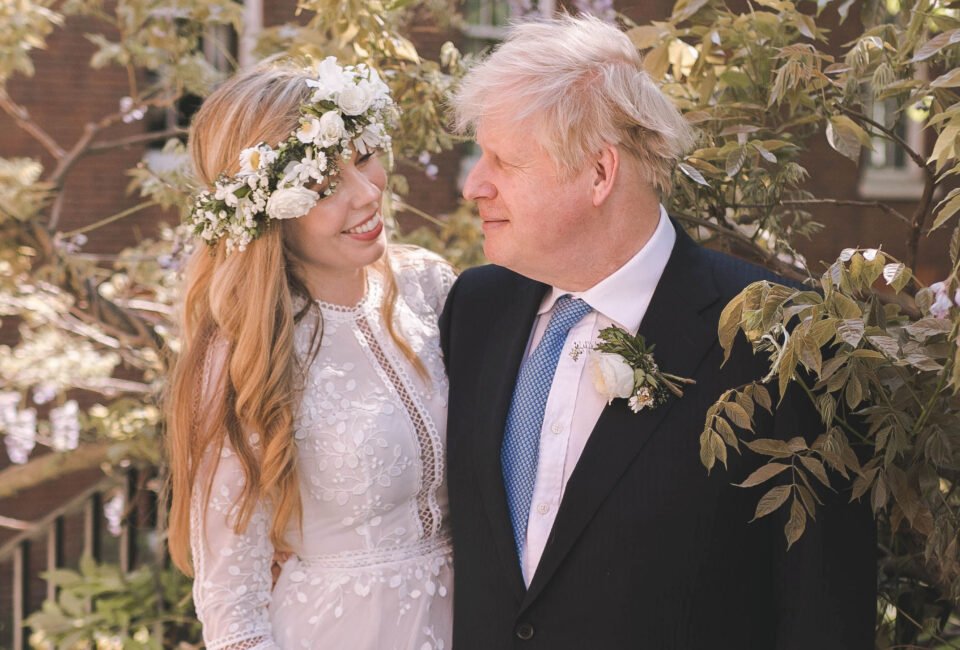 Boris and Carrie Johnson are seen in the garden of 10 Downing Street, after their wedding, in London, Britain May 29, 2021. Picture taken May 29, 2021. Rebecca Fulton/Pool via REUTERS

It was Labour’s prime minister Harold Wilson who coined the phrase, a week is a long time in politics. He was UK prime minister from 1964 to 1970 and then again from 1974 to 1976. His greatest achievement was to keep the Labour Party together, which he did by keeping the left sweet and by holding a referendum on Europe in 1975.

I thought of Harold Wilson and his time in office and his insightful observation about the topsy turvy world of British politics the other week when Dominic Cummings, Boris Johnson’s former special adviser (SpAd), betrayed the chaos and incompetence of the Johnson administration during the pandemic.

He was giving evidence before two parliamentary committees on lessons to be learnt from the government’s handling of the pandemic, which was overshadowed by Johnson’s wedding to his girlfriend Carrie Symonds.

One surreal day in Downing Street last March, sums up the picture Cummings painted in seven hours of testimony. There was he said chaos at the heart of government on March 12, 2020, when it became clear that Covid-19 could kill many people and overwhelm the National Health Service (NHS) in UK. Downing Street staffers were running around like headless chickens to deal with the pandemic crisis, which then became surreal when President Trump called and said he wanted the UK join the Americans in bombing Iraq in a revenge attack, while Carrie Symonds went ape about a piece in the Times newspaper that her dog Dilyn was unwanted at No 10 and was going to be ‘reshuffled.’

According to Cummings the Attorney General, Suella Braverman QC, saved the day when she advised the prime minister that bombing Iraq would be unlawful; the pandemic, however, was beyond her brief and in the end it killed 128,000 innocent people and Trump bombed Iraq anyway. As for Dilyn, he stayed in post and the Times removed the offending piece from its online edition.

Cummings’ evidence was on the Wednesday the week before last. On the Saturday Boris Johnson married his girlfriend at the Westminster Catholic Cathedral – questions have been asked how a divorced man was allowed a Catholic wedding but alas canon law is not my forte. However, the fact of a Catholic wedding suggests it could not have been done to bury the catalogue of blunders detailed by Cummings earlier in the week as the Catholic Church insists on ‘the remote, proximate and immediate preparation for the sacrament of marriage’, which suggests the wedding was planned a long time previously – but it was convenient even if it was not done cynically to bury bad news.

Harold Wilson had a Dominic Cummings and a Carrie Symonds all rolled in one in Marcia Williams the Baroness Falkender, his private political secretary. She was not strictly his SpAd, but she had the whip hand in Downing Street and there were even rumours they were lovers – very improbable as Harold Wilson was not that sort of man. The worst that could be said against him was that he liked Havana cigars and French cognac – the pipe and beer and sandwiches image he projected was just a pretence for Labour Party consumption.

He tolerated Marcia’s tantrums because she was not only a loyal confidante – soul mate even – but also because he valued her understanding of the Labour Party and her insight into political intrigue.

Wilson was highly intelligent and confident enough to surround himself in Cabinet with intellectual heavy weights such as Dennis Healey, Tony Benn, Barbara Castle, Anthony Crossland, Richard Crossman and Roy Jenkins, but he needed Marcia Williams to be his eyes and ears to keep them all at bay and the Labour Party happy.

By 1975 he began to show early signs of dementia and resigned in March 1976 at the politically young age of sixty. His resignation honours list known as the ‘lavender list’ because it was written by Marcia Williams on pink writing paper, was very controversial. It was suspected of being corrupt but was probably Harold Wilson and Marcia Williams cocking a snook at the establishment. It included a number of unlikely characters like Lord Kagan and Sir James Goldsmith, father of Jemima Khan, ex wife of the prime minister of Pakistan Imran Khan, and Zac Goldsmith now a Minister for the Environment.

Kagan was convicted of white-collar crime and sent to prison and Sir James was famous for being rich and famous. His knighthood remains a mystery as he had little in common with the Labour movement.

However, his son Zac Goldsmith’s elevation to the House of Lords is not mysterious. He tried and failed to succeed Boris Johnson as London mayor, but his campaign manager for mayor was Carrie Symonds and he is a very close friend of the Johnsons. When he failed to get re-elected as a Member of Parliament in the December 2019 election he was made Baron Goldsmith of Richmond Park by Johnson to keep his ministerial job.

I have not seen the guest list of the Johnsons wedding reception, but it is as likely that Zac Goldsmith was invited as it is certain that Cummings was not invited.

Cummings was scathing about Johnson and Matt Hancock, the health minister, and I have to say I found his evidence compelling. Johnson is unfit for office and Hancock lied repeatedly and should have been fired for lying, he said. According to Cummings, Hancock had carelessly allowed Covid-infected patients return from hospitals to care homes infecting a large number of elderly patients most of whom died of Covid.

As for his decision to motor up to Durham and his drive to Barnard Castle during lockdown, he revealed that the main reason for moving with his family temporarily to Durham, which was not disclosed at the time, was the security of his family. It does not sit well with their return to London after he and his wife recovered from Covid, but it has not been denied by the government.

As for his drive to Barnard Castle it was a stupid thing to drive there in order to test his ability to drive with his wife and child on board but people do stupid things sometimes, he said. The argument against him is that it was so stupid it is implausible.

The Durham escapade did not, however, dent his credibility about the government’s handling of the pandemic and the lesson at least he should learn on that score is that as the oath tells it, you must tell the truth, the whole truth and nothing but the truth.

Article on insurance was unequivocally wrong

Our View: Anastasiades’ CBMs proposal is just another ploy