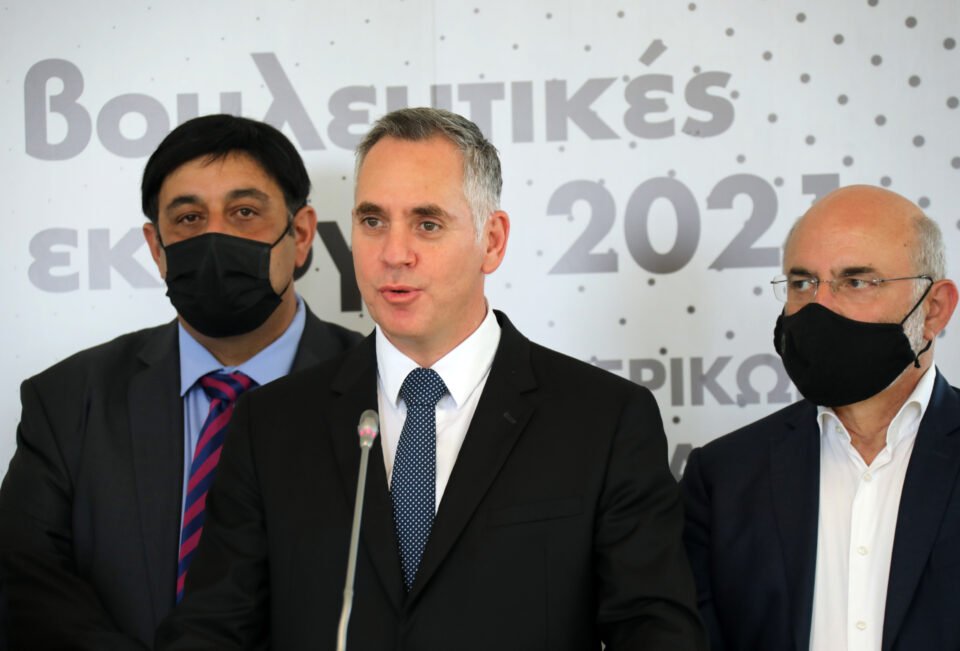 Diko president Nicholas Papadopoulos appears poised to throw his hat into the ring, becoming the fourth candidate to seek election as presidency of the House of Representatives as political parties search for a winning alliance for Thursday’s vote.

No party has enough votes to elect a candidate in the first or second rounds — 27 votes and 22 votes respectively, if all 56 members are present. Barring cross-party alliances that would lead to a winner in neither of these rounds, the elections then going to a third round where the candidate with the most votes wins.

Disy, the biggest party with 17 seats, has named its vice president Larnaca MP Annita Demetriou as its candidate and will persevere with her candidacy to the end.

The Greens, with three MPs, will put forward their president Charalambos Theopemptou while Elam, which doubled their strength to four MPs, have said their president Christos Christou will also run though other parties have been quick to rule out supporting the far right party.

Officially, there has been no decision from Diko as regards the House presidency, but on Monday newly-elected MP Chrysis Pantelides and a close ally of Papadopoulos signalled that the party would put forward their president.

“We deem Nicholas Papadopoulos as suitable for the presidency of the House of Representatives. What is needed is for the other political forces to deem the same. We are working in this direction with humility and respect,” he said on Twitter.

Diko deputy president and MP Christiana Erotocritou, though less explicit, told CyBC on Monday morning that under the party’s charter should Diko decide to seek the House presidency, it should do so with its president.

“The party has both a charter and a president, Nicholas Papadopoulos,” she said, when asked about reports that her name may be out forward as a counterweight to Disy’s decision to seek to elect the first woman House president since independence.

Asked by CyBC Papadopoulous said that no decision has been taken, but confirmed that one of the scenarios being examined is for a party candidacy, in which case it would be his.

Discussions and consultations are underway with other political parties, primarily those of the opposition to reach consensus.

“We are still continuing our exploratory talks with other political forces. We need wider cooperation and consensus in order to elect the president of the House and for that president to be able to carry out his duties. Given that Disy has put forward the name of its candidate we consider that candidacy to be from the government’s side. We are in opposition and our priority is consultations with the opposition parties,” he told CyBC TV.

Diko is expected to decide on Tuesday at a joint meeting of its executive bureau and secretariat. But it will be keeping a close eye on deliberations at Akel, the second biggest party with 15 seats, which has still not decided how to proceed.

After a pounding in the May 30 elections, Akel is in the process of preparing for the party convention which will see the election of a new leadership.

This could mean Akel putting forward the name of outgoing general secretary Andros Kyprianou for the House presidency. Another scenario is that with an eye on the presidential elections in early 2023, Akel may look to build electoral alliances, perhaps by supporting a Diko candidate despite differences on the Cyprus issue.

But an Akel-Diko alliance is not enough to secure election in the first round but would require another five votes.

Word is also still expected from Edek which has still to decide whether its president Marinos Sizopoulos will run or if the four MPs will back another candidate and who.

Though in opposition, Edek has voted with the government on issues such as the 2021 budget, in contrast to Akel, Diko and the Greens.