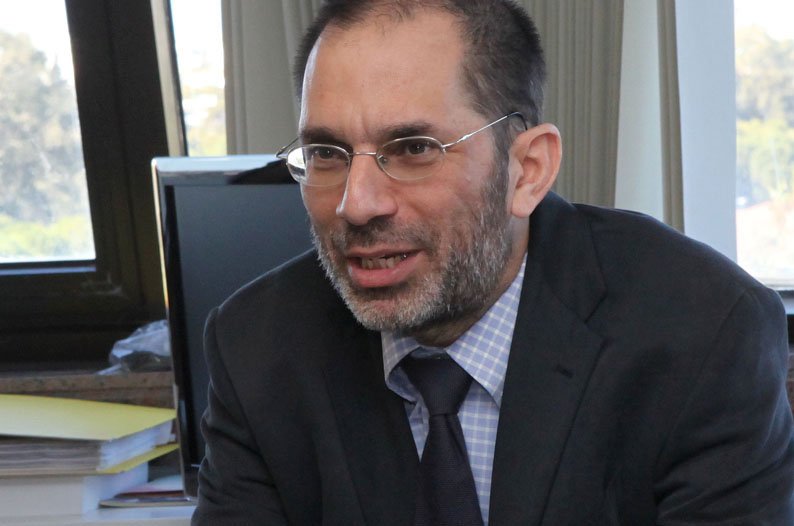 Auditor-general Odysseas Michaelides has asked that former police chief Kypros Michaelides recuse himself from a panel currently investigating the activities of a slaughterhouse business and whether it received favourable treatment from state services.

The auditor made the remarks both during and after his testimony before a committee of inquiry into the Cypra affair.

Cypra abattoir is owned by the husband of the state treasurer. It found itself in the eye of the storm last November after some 100 staff at the facility tested positive for the coronavirus, and it later emerged the majority were asylum seekers who had not been declared to the department of social insurance.

The matter gradually snowballed, revealing a slew of building and environmental code violations that were never properly addressed, ostensibly due to slow bureaucratic and legal procedures.

The committee of inquiry investigating the affair includes former police chief Kypros Michaelides. The auditor-general says the former cop should not participate in the proceedings, due to potential bias.

The official cited the fact that the police carried out a number of inspections at the Cypra premises, checking whether the business was employing unregistered foreign nationals.

“Should the police not be subject to control? I did not say [the police] are responsible. But is it possible for the police, a state service, related to this company, not to be checked?” the auditor told reporters.

According to the auditor, the panel’s report will also cover whether the police actions vis a vis Cypra were appropriate “so in my view it cannot be signed by someone who was chief of the force.”

“And I don’t believe that Kypros Michaelides can take part in checking the police, when for a long time he was Nicosia police superintendent, alternate police chief, deputy police chief and then police chief.”

He added that this was not a personal judgment on Michaelides’ character.

Elsewhere in his testimony, the auditor lambasted the head of the state veterinary services Christodoulos Pipis, describing him “as provocative and rude” during meetings held to discuss public contracts.

He criticised Pipis for his activities in relation to the contract awarded to Sigan Management Ltd, a company who for years held a monopoly over the disposal and processing of animal waste.

Unconnected to Cypra, Sigan is a subsidiary of the Galatariotis Brothers group of companies.

Earlier during the proceedings, it emerged that the contracts awarded to Sigan over the years were excessively over-priced, with the veterinary services – the contracting authority – eschewing an open-tenders process.

Michaelides said the initial no-bid contract with Sigan was signed in 2004, for a duration of five years with the possibility of renewal for another two. Activated in 2006, the contract ought to have expired in 2013.

But somehow the same company kept landing the deal “at a scandalously high price, we assign the contract until 2024, and the director of the veterinary services wanted to extend it to 2028.

“This is what we [the Audit Office] mentioned to the committee, but unfortunately it seems no one bats an eyelid.”

Taking questions from the panel, Michaelides denied that the town planning department had displayed favouritism toward Cypra.

The reason, he said, was that the interior minister at the time – the late Socrates Hasikos – was on very bad terms with the state treasurer Rea Georgiou, whose husband owned the slaughterhouse business.

Since the town planning department comes under the interior ministry, run by Hasikos at the time, Michaelides argued he could not see how the department would have given Cypra deferential treatment.

The auditor-general will be testifying anew before the panel next week.

The ongoing probe itself was initiated after allegations that state treasurer Rea Georgiou stopped a cheque deposited by her husband’s company as guarantee of faithful execution of an agreement with the government, just hours after it was deposited in the government account.

Table Mountain: a review of the best trails for trekkers